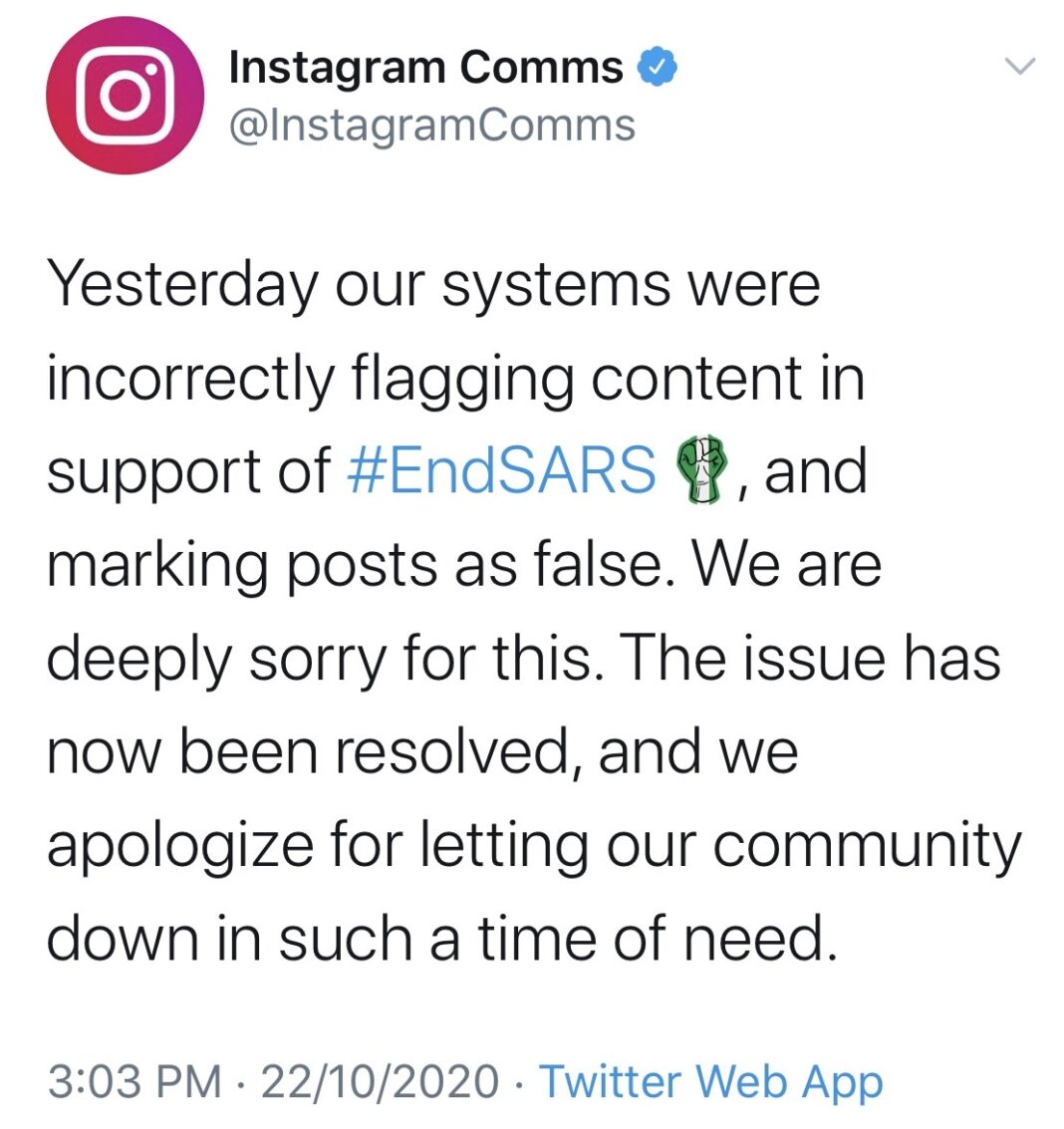 Photo and video sharing service provider, Instagram has apologised for ignorantly flagging posts in support of the #EndSARS protests in Nigeria as false information. Some hashtags and pictures concerning the campaign against the now-disbanded special anti-robbery squad (SARS) were dubbed false by the company’s fact-checking banners.

Expectedly, the American tech company, owned by Mark Zuckerberg faced a lot of backlash from Nigerians and international celebrities for denying protesters the platform to vent their anger against police brutality.

Among those who lashed out at the social media platform was British-born supermodel, Naomi Campbell after her post that called on President Muhammadu Buhari to address the shooting of unarmed protesters by security operatives was flagged as false information.

“How dare you block me from posting these images and videos from showing the world the truth! People are dying and you block posts like some fake virus story!!!” she had written on Instagram.

“Instagram and Facebook, instead of protecting these people and letting the truth come out, you block it and allow trolls and hate to harm and hurt people! Shame on you!!! Free the truth!!”

But reacting on Thursday, Instagram attributed the development to a system glitch.

The company, however, said the issue has been resolved, expressing its regret for letting users down “in such a time of need.”

“Yesterday our systems were incorrectly flagging content in support of #EndSARS, and marking posts as false,” it wrote.

“We are deeply sorry for this. The issue has now been resolved, and we apologize for letting our community down in such a time of need.”