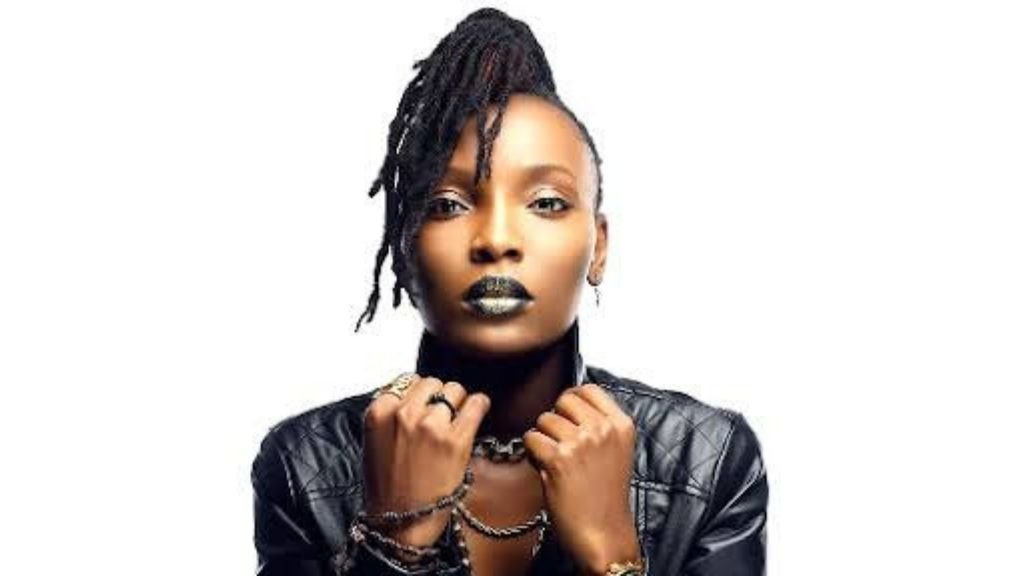 Popular female disc jockey, DJ Switch, who did the live streaming of October 20, 2020, live streaming of the Lekki shooting on her Instagram Live has recounted the horrors she encountered when soldiers opened fire on defenceless protesters at the Lekki Toll Gate, Lagos.

DJ Switch said, “Yes, there were soldiers there.  Another thing people are not talking about is that the Police were also there. The SARS people we are talking about also came about 45 minutes after the soldiers left. We were tear-gassed; the tear gas felt like Cotonou pepper mixed with acid.

“We would run and come back and the only thing we fought with was our flags. We would sit on the floor; raise our hands up singing the national anthem. That was all we had. They put off the lights, even if there was no power supply on a good day, in that axis, there is always light at the Toll Gate. The street lights were off…It was pitch-black.”

Amidst tears, the disc jockey recounted how a boy saved her life but was later shot in the process. “A boy jumped on me and kept shouting, ‘cover her, cover her.’ I did not even understand why he did that. They shot that boy while he was on my back,” she said.

In the video, she showed some of the bullets the protester picked up which she referred to as proof. She also showed a bullet that was removed from the lap of one of the victims.

“The military, they were there on Nigerian soil, killing Nigerian citizens. The police and SARS people came doing the same thing. Aiming and shooting; aiming, they were pointing the guns at us and shooting live bullets. Who takes live bullets to a protest? Who does that?”

Switch urged the Nigerian leaders not to insult the intelligence of its people by downplaying the incident. The disc jockey also claimed that the Nigerian army went away with most of the corpses.

“To our leaders, please I urge you not to insult the intelligence of Nigerians and their families. Something I think about now in hindsight is, I wish we had not done it, but we carried the dead bodies and dropped it at the feet of the soldiers so that they could see what they did to us. When I asked their unit commander, ‘Why are you killing us?’ I wish we had not done that because they ended up throwing the dead bodies in their vans. This happened till the next morning,” she said.

While reacting to fake news being peddled in her name, DJ Switch denied stating that 78 people died during the shooting; however, she said she counted about 15 dead people.

“I also want to appeal to the people opening fake accounts in my name; please it is already hard as it is. People risked their lives to get me out of the place I call my home. Please, stop saying things you do not know. I understand things are hard and difficult. In this era of social media, you want to get followership that can help you make some money; I understand but at least copy the truth and put it out. That is all I am asking.

“Please, I never said 78 people died, I do not know that. I do know that as at the time I was doing the Live video, seven people had died. When my battery died we had counted about 15 people. I don’t know if it was more than that because we had a lot of people that were hit by stray bullets. 78 people? I do not know where you got that information from,” the disc jockey said.

Despite all she went through, she stated that she would still continue with the peaceful protest. She emphasised that the protesters should ensure that the protest is peaceful.

“I condemn any sort of violence. I condemn the burning of buses and the source of people’s livelihood. You may not know, but you may be burning your brother’s workshop. I know we are angry but the most powerful weapon we have is peace. Let us continue, I cannot wait to come back because I will definitely be back on the street peacefully.”

“We need accountability, people should be brought to book. We must continue, we must not give up”, she said.