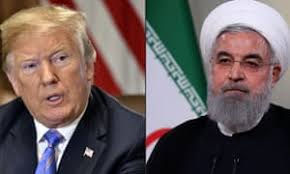 (Fedredsnews) Smarting from its failure to rally European allies and members of the UN Security Council to extend the sanctions imposed on Iran, the United States on Thursday unilaterally imposed sweeping sanctions on Iran’s financial sector.

Analysts opined the US action could have unintended consequences, including a detrimental impact on the ability of the Iranian people to access humanitarian resources.

The Treasury Department said in a statement that it sanctioned 16 banks “for operating in Iran’s financial sector, “one bank “for being owned or controlled by a sanctioned Iranian bank,” and another bank affiliated with the Iranian military. Under the new sanctions, “all property and interests in property of designated targets that are in the United States or in the possession or control of U.S. persons must be blocked and reported to” the Office of Foreign Assets Control.

“In addition, financial institutions and other persons that engage in certain transactions or activities with the sanctioned entities after a 45-day wind-down period may expose themselves to secondary sanctions or be subject to enforcement action,” the Treasury Department said.

“Our sanctions programs will continue until Iran stops its support of terrorist activities and ends its nuclear programs. Supporters of the move say it is consistent with the administration’s campaign against Tehran.

“Targeting Iran’s financial sector is the next logical step for an administration which has significantly driven down Iranian oil revenues and sanctioned sectors supporting Iran’s missile, nuclear, and military programs,” said Behnam Ben Taleblu of the hawkish think tank the Foundation for Defense of Democracies (FDD).

“These steps help to sever lingering Iranian touch-points to the international financial system, and thus sharpen the choice Tehran faces as it continues to prioritize regime interest over national interest,” he said.

FDD’s CEO Mark Dubowitz and senior adviser Rich Goldberg advocated for the sanctions in an August Wall Street Journal op-ed, arguing that it “would be a major blow to a regime struggling to stay on its feet, and the president has nothing to lose.”But some officials at the State Department warned the leadership that the sanctions could have unintended consequences, one official told CNN.

Mnuchin claimed that “today’s actions will continue to allow for humanitarian transactions to support the Iranian people,” but critics warn the sanctions will make it harder to get humanitarian goods into Iran — goods that are especially needed amid the coronavirus pandemic.

“It’s going to make it even harder for Iran to get ahold of food and medicine unless the Europeans do something gutsy,” said Barbara Slavin, the director of the Future of Iran Initiative at the Atlantic Council.

“It’s going to hurt a lot more people. It certainly will bring a lot of people to their knees, but it will not bring down the Islamic Republic, it will just intensify their hatred for the United States.”

Slavin told CNN that imposing the new sanctions amid rising coronavirus cases in Iran is “particularly cruel,” calling it “sadism masquerading as sanctions.”

Some State Department and intelligence community officials also fear that Secretary of State Mike Pompeo is creating a more toxic environment in the region which could lead to more attacks by Iranian-backed proxies in Iraq. Pompeo has warned Iraqi leadership that more militia attacks in Iraq could trigger the US to close its embassy in the country.