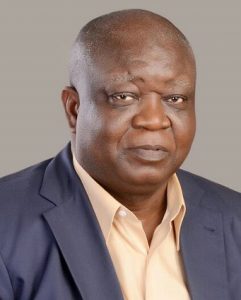 President Muhammadu Buhari has approved the renewal of the appointment of the Managing Director of Nigerian Railway Corporation, NRC, Freeborn Edetanlaen Okhiria for another four years.

Okhiria is the current managing director of the NRC and his re-appointment was announced on Wednesday by the Federal Ministry of Transportation.

The ministry, in a statement issued by the Director, Press and Public Relations, Eric Ojiekwe, said the Permanent Secretary, FMT, Magdalene Ajani, disclosed that the re-appointment by the President was conveyed in a letter dated October 5, 2020.

“The permanent secretary disclosed that the President of the Federal Republic of Nigeria, Muhammadu Buhari, GCFR, vide letter Ref: No SH/COS/17/A/1698 dated 5th October, 2020 has approved the renewal of appointment of Freeborn Edetanlaen Okhiria, as the Managing Director of NRC,” it stated.

The ministry added, “This is in accordance with the relevant section of the Nigerian Railway Corporation Act. Cap 129, LFN, 2004.”

It stated that Okhiria, who was first appointed as MD of the corporation on October 24, 2016, would continue his tenure effective October 20, 2020, for a second and final four-year tenure.