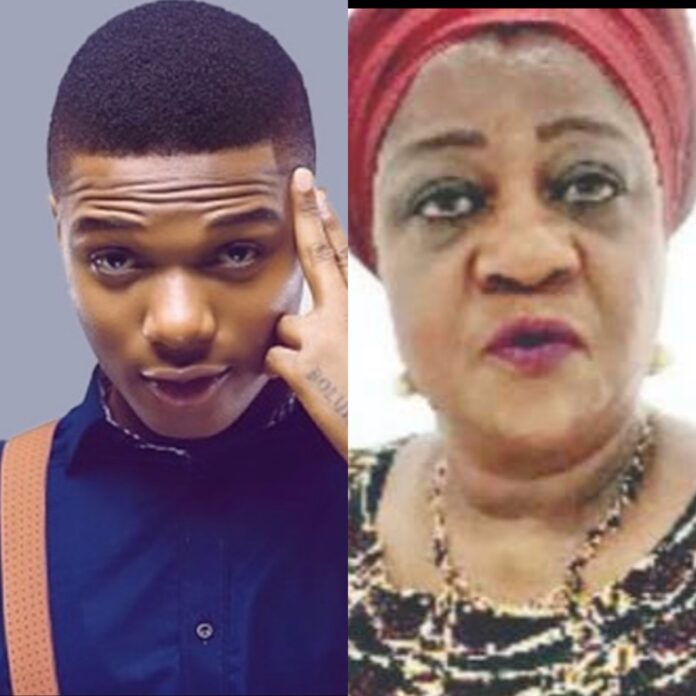 The Social Media Aide to President Muhammadu Buhari, Lauretta Onochie has lambasted music sensation, Ayo Balogun, popularly known as Whizkid for referring to her principal as an “old man” on Tuesday last week.

The genesis of the twitter war started in far away America, when US President, Donald Trump announced his Covid-19 positive status.

In his response, President Buhari twitted a get well message, saying, “I wish US President, Donald Trump and his wife, Malania, quick and full recovery from Covid-19”.

Whizkid was incensed by this message, wondering why the president should be concerned with Donald Trump’s health condition when youths are being molested, intimidated and sometimes killed by the Federal Special Anti-Robbery Squad (FSARS) in Nigeria.

He ventilated his anger by twitting: “Donald Trump is not your business! Old man! Police/SARZ still killing Nigerian youth daily! Do something! Nothing concern u for America! Face your country”!!

Expectedly, Onochie, famous for her brash and mostly controversial tactics in defence of her boss took to her twitter handle on Tuesday and lashed out at Whizkid, although he restricted those who can comment on her twit.

“Its not disrespectful to call anyone old. Its the way and manner Ayo Balogun addressed the President that leaves a sour taste in the mouth.

“He exhibits crass ignorance, insensitivity and childishness. But hey, he’s a #DumbkidNotWhizkid.

Whizkid fired back, saying, “Lol a 77-year-old man is not young ma…You are a woman and a mother and kids are getting killed by police/sars and this is all you have to say? Shame on you!!! Shame on you!! I am a father and age has nothing to do with demanding for better governance in my country!!!

A twitter user, @preshdeyforyou mocked Onochie saying, “Omo that woman na mumu!! Why she no open her comment box make we reason her matter”