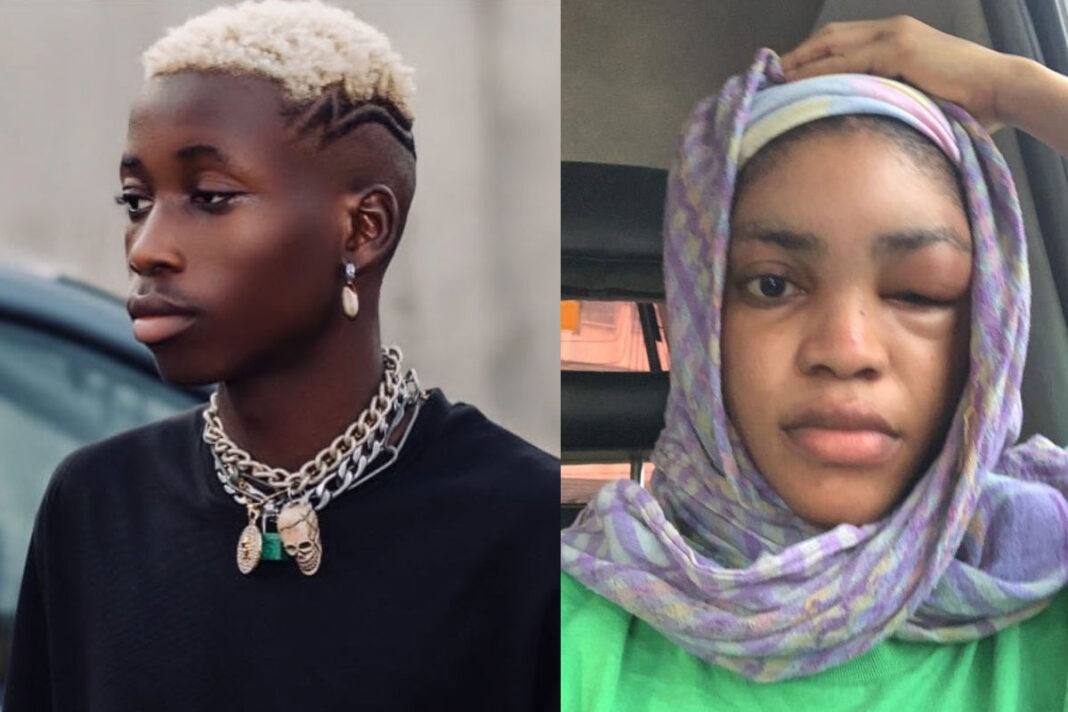 Camille confirmed the series of abuses she’d been subjected to by Lil Frosh.

She wrote on her twitter page: “@Ihilfrosh and I have been dating for almost 10 months now and he has been abusing me physically, mentally and emotionally.

“At first, i sincerely hoped he was going to change but he didn’t, it started with stripping me off my friends telling me who to talk and who not to talk to. It grew to him beating each time we had an argument. He’ll beat me, smash my phone, destroy my ring light, pour me water even film me naked and threaten to post, he has done right in front if @okikidft and it continued. This happened last 15th of September, that led to the internal bleeding in my head, confirmed by doctors.

My manager spokeon my behalf with my oermission and he is not to be blamed for anything he didn’t beg me to go and meet him, no one did, nit even my family, everyone advised me but i still did what iwanted hoping for change. my family have been doing their best to get me in the best space and best health.

“Thank you to everyone thathas reached out to me, has supported, and stood by me. I’m getting better now.

“JUSTICE MUST BE SERVED!!!”

See the copy of the termination of the contract sent by Davido Music Worldwide (DMW) below: