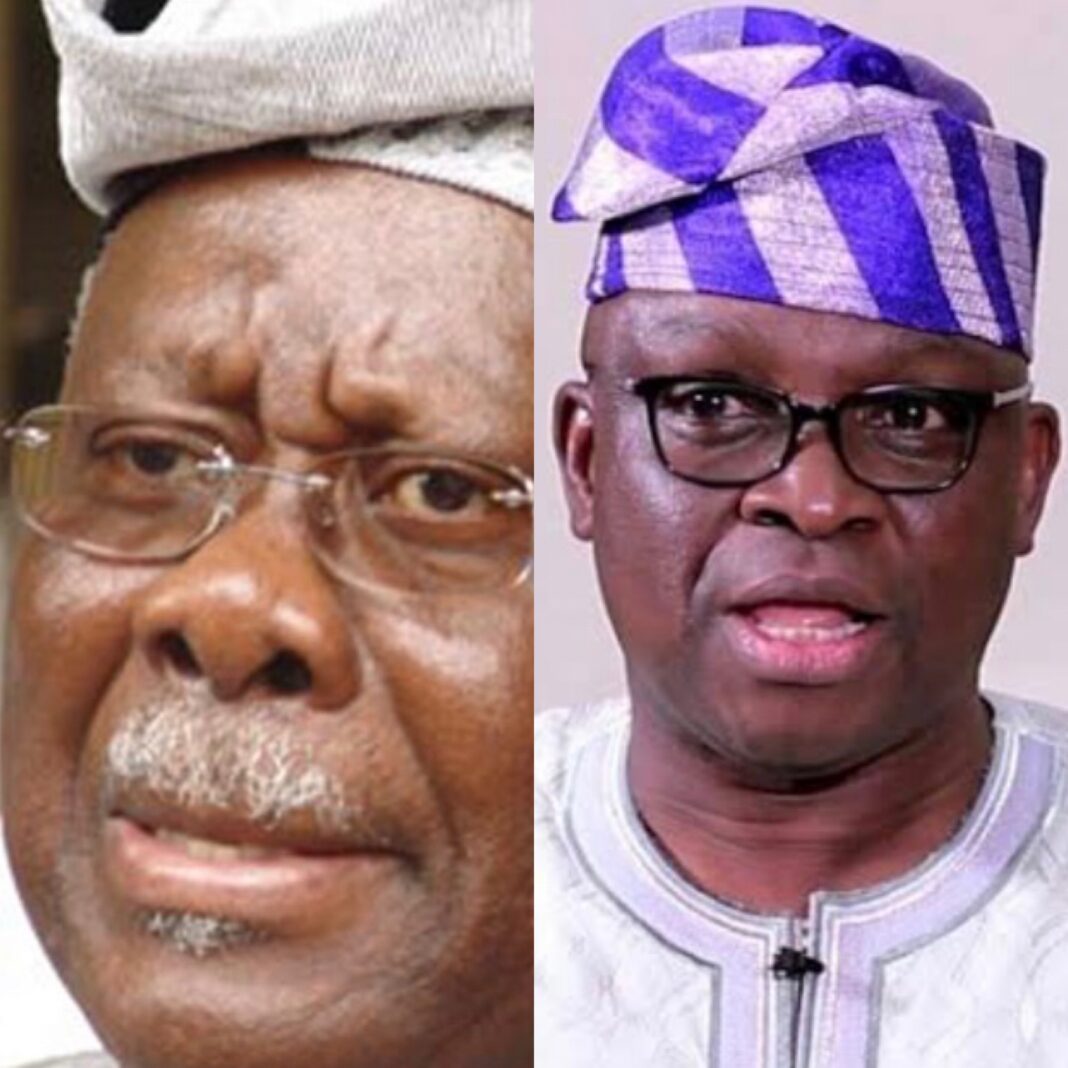 Former governor of Ekiti State, Ayodele Fayose on Wednesday shared his thoughts on how his party, the Peoples Democratic Party (PDP) can start winning elections in Lagos State. According to him, the first step is to send the former Deputy Chairman of the Party, Olabode George on “political retirement”.

According to him, with the age and status of the former Naval chief, he should play the role of a “support stand” for younger crop of politicians to grow instead of contesting for political appointments with them.

The statement quoted Fayose as speaking during the inauguration of the PDP Campaign Committee for the Lagos-East senatorial by-election on Tuesday. Babatunde Gbadamosi is the flagbearer of the PDP in the election. His major rial is Tokunbo Abiru, a former MD/CEO of Polaris Bank Plc.

While urging support for the PDP candidate in the senatorial by-election, Babatunde Gbadamosi, Fayose said,  “Lagos is ripe for PDP to take and we will take the state if will work hard and put our house in order.

“This senate election is for PDP to take if we are ready to take it. You have done it before by producing House of Reps members and you can do it again by producing a senator.”

He noted that “before PDP can win any election in this Lagos, the party must first separate the wheat from chaffs.

The former governor said, “It is high time to tell Bode George to go and retire. Let him be a support stand for the younger ones in the party.

“As I am here, I am about 60 years of age, I have grown above fighting for minister that it will get to a point and someone will say he is sacking me. I will never be such minister not to talk of contesting any post with younger ones in the party.

“It is time for young people in the party to tell elderly ones to take the back seat. I’m not against the elders, but I want them to know when to take the back seat. If they don’t, the young ones will force them. All those stories of we formed this party in 1998, eight of us sat in my sitting room to form the party, is no longer important because the younger ones too must be allowed to grow.

“At this level, if you see any elder contesting chairman with the younger ones, you must know that such fellow needs to be retired.

“I am Ayodele Fayose, you can quote me anywhere. I said you must retire Bode George if you want progress in the PDP in Lagos. You must stand firm and fight for your right.

“As an elder, he is supposed to stay at home and be giving blessing to his children aspiring to grow not to be contending positions with them.”