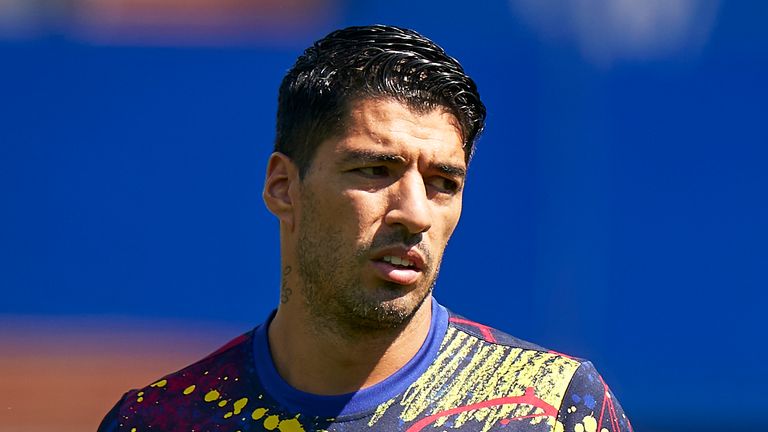 Messi criticises Barcelona for ‘pushing out’ Suarez; Striker had one more year to run on Barcelona contract but told by Koeman was not in his plans

Barcelona legend Lionel Messi has lashed out at the club’s administrators for the shabby treatment meted to his scoring partner and buddy, Luis Suarez.

The Uruguayan star joined Atletico Madrid this week following a £5.5m sign on fee from Barcelona.

Messi, who almost left the Nou Camp earlier in the transfer window before reversing his threat to end his contract unilaterally, hit out at the club’s management of Suarez’s departure from the Spanish giants.

He wrote on Instagram: “You deserved a fitting farewell for the person that you are: one of the best players in the club’s history, having achieved incredible things both individually and collectively.

“You didn’t deserve to be pushed out the way they did, but the truth is nothing surprises me any more.”

Suarez, 33, had one more year to run on the contract he signed with Barca in 2016, but was told by new head coach Ronald Koeman last month that he was not part of his plans.

“I feel I’m capable of continuing to compete in this league,” Suarez said.

“When Barca told me they weren’t counting on me, there were many calls, many offers, but I was able to go to a team that can compete as equals with two great teams like Barcelona and Real Madrid. I had no doubts.”

Suarez departs Barcelona as their second-highest goal-scorer of all time, having scored 198 goals since signing from Liverpool in 2014.

He won La Liga titles, four Copa del Reys, the Champions League, the Club World Cup and the European Super Cup during his hugely successful time at the Nou Camp.

Suarez was close to agreeing terms with Italian champions Juventus but delays in obtaining Italian citizenship put paid to that deal.

Juventus could not recruit Suarez without an Italian passport because they have already reached their quota for non-EU players.