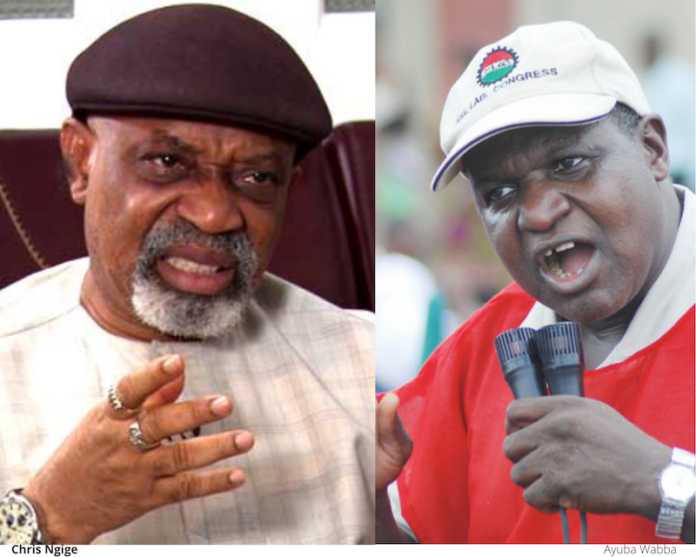 Notwithstanding two court injunctions restraining them from proceeding on strike, the two major labour unions in the country, the Nigeria Labour Congress (NLC) and the Trade Union Congress (TUC) have expressed their readiness to go ahead their planned strike action scheduled to start on Monday, September 28. The only solution to the dispute, they pointed out, is if the Federal Government reverse the increase in electricity tariff and reduce the unit cost petrol.

This was disclosed by the duo of Ayuba Wabba, president of the NLC and Quadri Olaleye, TUC president during their interractive sessions with journalists on Friday.

Their resolve to carry out their threat is unmindful of the restraining order handed down by Justice Ibrahim Galadima of the National Industrial Court who upheld the prayers of a group called Peace and Unity Ambassadors Association through their lawyer, Sanusi Musa, to stop the labour unions from going on strike.

The judge ordered the labour unions, their officers and affiliate groups to halt the plan to embark on the strike pending the hearing and determination of the motion on notice filed by the applicant.

The judge also granted an order of interim injunction restraining the unions from disrupting, restraining, picketing or preventing the workers or ordinary Nigerians from accessing their offices to carry out their legitimate duties on September 28, 2020 or any other date.

He also compelled the Inspector-General of Police and the Director-General, Department of State Services, to provide protection for workers engaged in their legitimate duties from any form of harassment, intimidation and bullying by the officers, agents or privies of the unions pending the hearing and determination of the motion on notice.

Wabba, however, dismissed the order, on the premise that he had not been served, and most importantly because, the group that went to court to extract this injunction were not their members.

However, in a last-minute effort to stall the planned strike action, the Federal Government obtained a fresh order on Friday stopping the action.

The fresh order was also handed down by the same Justice Ibrahim Galadima of the National Industrial Court in Abuja, but this around, the ex parte application was filed by the Office of the Attorney-General of the Federation.

The current impasse started when the government decided to “deregulate” the energyand power sectors, a move that led to a spike in the tariff electricity and cost of premium motor spirit, otherwise known as petrol.

Several meetings between the labour unions and the government had proved intractable. This deadlock led labour unions to announce a planned strike action to press home their demands.

Although Minister of Labour and Employment, Chris Ngige claimed the meetings between the two parties were fruitful, the TUC president thinks otherwise, adding that mobilisation of workers for the strike would go ahead.

“We were not the one that adjourned the meeting; the government adjourned it till Monday. Monday is the expiration of the ultimatum and we are still very much focused on that. It is a deadlock now.

“Of course, that (adjournment) will not stop the action that has been put in place. We have told them to reverse or to suspend, while the discussion goes on Monday. So, labour is left with no option but to go our way.