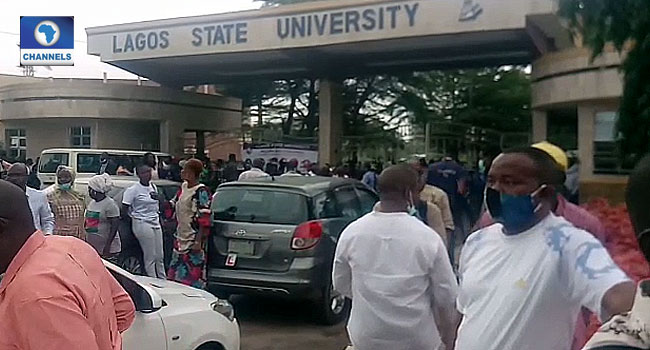 Fresh from a Covid-19 induced lockdown since March 2020, union workers of the Lagos State University, Ojo on Monday locked out the university’s Vice-Chancellor, Professor Olanrewaju Fagbohun and students over the refusal of the university management to pay salary increment promised them by the Lagos State Government over a year ago.

They claimed that​ other Lagos State workers had been paid their increment differentials except for workers of all the tertiary institutions in Lagos State.

Sources told Fedredsnews that the union members started mobilising at the entrance of the university as early as 6.30 am to ensure that no one gains entrance into the university campus.

Expectedly, this led to a chaotic scene as vehicles and human traffic struggled for right of way.

Efforts by the Vice-Chancellor to placate the union members were rebuffed as they insisted that they would not yield an inch until their demands are met by the state government.