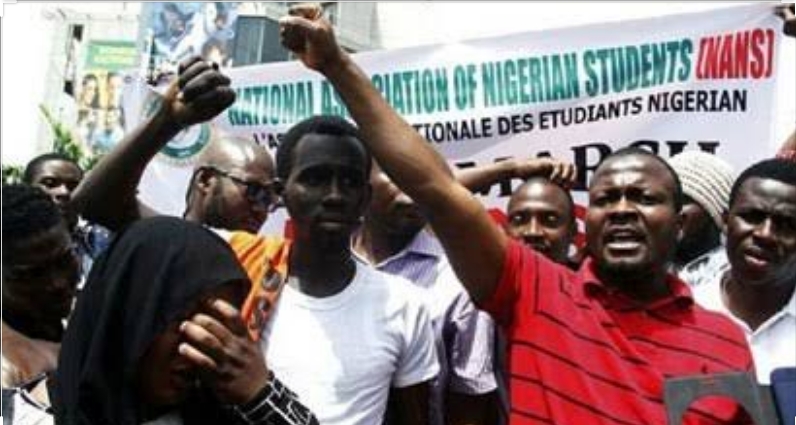 The National Association of Nigerian Students (NANS), the umbrella body of students in tertiary institutions across the country, said on Thursday that its members would embark on a street protest on Monday, September 14, if the federal government fails to rescinds its decision on the new cost of petrol and electricity. .

NANS President, Danielson Akpan, who made this known during a press briefing in Abuja, called on the Buhari administration to prioritise the welfare of Nigerians.

Akpan said, “Nigerians are bewildered that having been under months of lockdown and restrictive measures, welcoming them back to normal life with increases in prices of essential commodities is a burden too harsh for the citizens to bear.

“It is no longer news that the Federal Government in a swooping total deregulation and subsidy removal policy announced another increase in the pump price of PMS. It is also a known fact that prior to that, the Federal Government also approved increases in electricity tariff while banks regrettably reduced interests on customer savings.

“The effects of these increases amidst earlier increments made in Value Added Tax and multiple taxations on goods and services have started causing unbearable consequences, thereby compounding the obvious imbalances in the economic and social life of Nigerians, most of whom are dependent on (unstable) electricity supply and PMS to do businesses and make ends meet.

“Precisely on Monday, September 14 2020, Nigerian students shall be making a loud statement in a mass protest across the six geopolitical zones, and the Federal Capital Territory to demand outright reversal of the insensitive price hikes.”