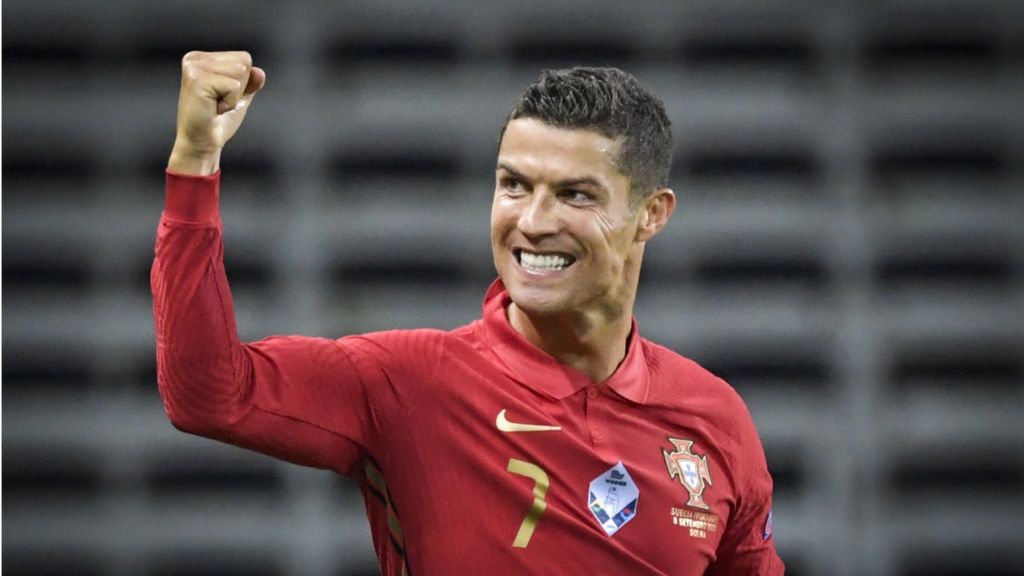 The Juventus star, Christiano Ronaldo on Tuesday became the only second men’s player to reach the century for his country. The first male player to achieve that feat was Ali Daei, who scored 109 times for Iran

Ronaldo reached the milestone just before half-time of Tuesday’s Nations League match against Sweden, slamming home a free-kick from outside the box to score the game’s first goal.

It wouldn’t take long for Ronaldo to reach his 101st goal as the forward netted a fine strike from outside the box in the 72nd minute, giving Portugal all they would need in a 2-0 win.

Ronaldo’s goal was also the 57th of his career from a direct free-kick and the 10th for Portugal.

Ronaldo had to wait 10 months to overcome the final hurdle and reach the milestone, with his 99th international strike coming in November 2019 against Luxembourg. The forward had netted a hat-trick in the previous match against Lithuania to take his total to 98.

The coronavirus pandemic put a temporary halt to Ronaldo’s pursuit of 100 goals, however, with Portugal’s match against Croatia last week their first since the Luxembourg fixture.

Ronaldo was forced to sit that match out due to toe infection with Portugal winning by a comfortable 4-1 margin even without the Juventus star.

Portugal are looking to defend their Nations League title, having won the inaugural competition last year when they defeated the Netherlands 1-0 in the final.

Ronaldo helped lead his country to that final in June, having netted a hat-trick against Switzerland in the semi-final in a 3-1 win.

At the age of 19, Ronaldo scored his first international goal at Euro 2004. He has gone on to pass the likes of Eusebio and Pauleta to become Portugal’s all-time top goalscorer and has now more than doubled previous record-holder Pauleta, who netted 47 times for the Selecao.

Ronaldo would see his side fall to Greece in the Euro 2004 final, but he has gone on to lead Portugal to major honours in the form of Euro 2016 and the inaugural Nations League title in 2019.

On an individual level, Ronaldo has established himself as one of the game’s all-time greats in a club career that has seen him represent Sporting CP, Manchester United, Real Madrid and Juventus.

In addition to numerous trophies with his club sides, Ronaldo has won the Ballon d’Or on five occasions.