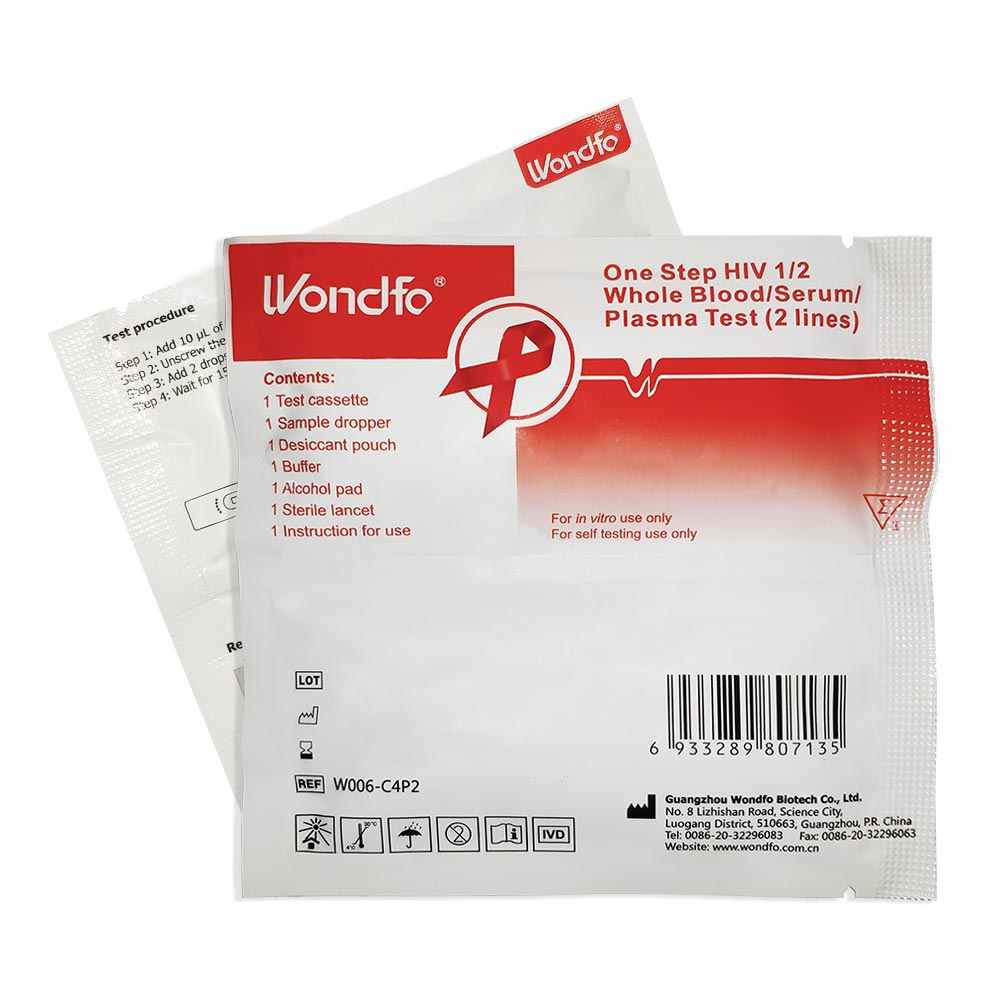 The National Coordinator, National AIDS/STI Control Programme (NASCP) Dr Akudo Ikpeazu on Tuesday announced federal government’s approval of Wondfo HIV I and II rapid test kits for use in the fight against the disease in the country.

Dr Akudo Ikpeazu, made the this known while presenting the evaluation report on the kit, on Tuesday in Abuja.

“The Wondfo rapid test kit, could be used as a confirmatory test because of its high specification of 99.4 per cent,” she said.

The coordinator said that in 2019, the Federal Ministry of Health (FMOH) approved the conduct of the laboratory performance evaluation of Wondfo HIV I and II rapid test kit.

“The result of the evaluation which was conducted at the reference testing laboratory Public Health in Vitro Diagnostic Laboratory, Lagos” showed that Wondfo rapid test kit sensitivity, was 99.5 per cent and its specificity was 99.4 per cent.

“The rapid test kit has an accuracy of 99.4 per cent with positive and negative predictive values of the kit to the Gold Standard as 99.3 per cent and 99.5 per cent respectively.

“These results met the requirements for the kit to be included in the first line screening test of the HIV testing algorithm in Nigeria,”she explained.

She noted that these phases were, laboratory-based, field-based and continuous monitoring of the performance of the algorithm.

Ikpeazu said that the National HIV testing algorithms were developed from these rounds of evaluation conducted and all the test kits were antibody based kits.

“HIV testing is the fulcrum of any HIV programme as it establishes the individual’s HIV status which then determines the subsequent package of prevention or treatment services that will benefit that individual.

“A person who tests negative is counseled on how to stay negative, while a person that tests  positive is immediately linked to Anti-Retroviral Therapy(ART) services and so the importance of providing accurate and reliable diagnosis devoid of false negatives or false positives results cannot be overemphasised,” she explained.

In his speech, the Director-General, National Agency for the Control of AIDS (NACA) Dr Gambo Aliyu, appreciated the national evaluation team for the successful completion of the process.

Aliyu said that the agency was using all strategy available to increase hematocrit (HCT) uptake in the country.

“Provider Initiative HCT strategy is being introduced to most government funded hospitals to ensure that all patients that come in to health facility have access to HCT services at no cost,” he said.

Aliyu noted that there was need for more Nigerians to be tested for HIV in the country.

“We have to address the gap between the target and where we are as a nation. We are at 73 per cent in our testing and we still need to do more,” Aliyu said.

He, however,   said that it was important to make sure that a lot of people got tested and be placed on treatment immediately, noting that testing remained the gateway for HIV treatment and care services.

The News Agency of Nigeria (NAN) reports that results  released in 2019 by the Federal Government indicate a national HIV prevalence in Nigeria of 1.4 per sent among adults aged 15 to 49 years.

Previous estimates had indicated a national HIV prevalence of 2.8 per cent.

UNAIDS and the National Agency for the Control of AIDS estimate that there are 1.9 million people living with HIV in Nigeria.