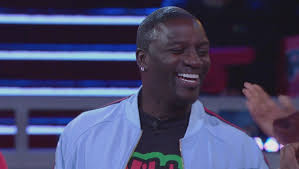 Akon will not let a pandemic wipe out his dream of creating a real-life Wakanda. Despite the COVID-19 pandemic, which has left the global tourism industry in a state of uncertainty, the R&B singer is moving forward with his plans to build a futuristic pan-African city in Senegal—dubbed “Akon City.”

Akon was born in the U.S. to Senegalese parents and spent a number of his childhood years in the West African country. The project, first announced in 2018, will cost $6 billion, according to the Associated Press, and Akon has reportedly raised one-third of that so far. Workers have yet to break ground, but the singer hopes the city—which he believes will take at least three years to complete—will create jobs within Senegal as well.

Those who are in the know say Akon has chosen a Dubai-based architecture firm, a decision the singer said he made because he could not find a suitable African firm fast enough, and that it’s unclear what portion of the building materials and labour will actually be sourced locally.

Still, Akon hopes the city will become a “home away from home” for mistreated Black people across the globe.

“The system back home treats them unfairly in so many different ways that you can never imagine,” Akon told the Press.

“And they only go through it because they feel that there is no other way… So if you’re coming from America or Europe or elsewhere in the diaspora and you feel that you want to visit Africa, we want Senegal to be your first stop.”