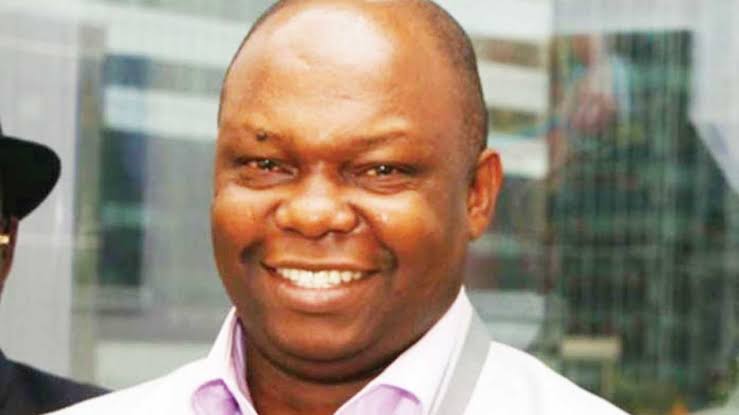 You may not understand what inimitable Fela Anikulapo’s early days of Koola Lobitos’ ballistics-sounding song, with the refrain, Alujanjan kijan, was about until you hear the full anecdote. It goes thus: A very debilitating drought had seized the village inhabited by Tortoise, that figurative animal with huge cunning. Hungry and despised, he one day met the dog, known in Yoruba as aja, who offered to help him. That night, they both walked into a huge forest, to the foot of a big Iroko tree, where aja sang the above Fela refrain and a long twine descended. The rope took both of them to the top of a cliff where aja’s long dead mother was waiting for them with assorted cooked food delicacies. As they both ate, the gluttonous Tortoise ate more than his ability, hardly able to maintain a hold of the twine even as both animals climbed back to earth.

A few days later, hit by this strong drought, Tortoise decided to go it alone and walked down to the foot of the tree. Mimicking aja’s voice, he sang the Fela song and the twine loosed down from heaven, which he began to climb with to the top. He was almost atop the cliff when aja suddenly emerged, saw the pretentious Tortoise heading for his mother’s sacred groove and sang to tell his mother that an impostor had attempted to supplant him. Aja’s mother then suddenly cut the rope and Tortoise fell, breaking his protective shell into smithereens, which only, upon healing, got needled together to form a jigsaw-puzzle-like carapace.

The Fela Alujanjan kijan popularized the old anecdote above commonly told at moonlight in pre-colonial Yoruba homes, even up until the immediate post-colony. The refrain, which the bohemian Afrobeat musician gave vent to, usually went with that anecdote and runs thus: Iya, iya ta’kun wale o//Alu jan jan ki jan. Combined with an analogy authored by adjudged greatest English poet of the Middle Ages, Geoffrey Chaucer, in his 1390 book, The Parson’s Tale, they both seem to tell current Nigerian story in unpretentiously imaginable ways. Chaucer compared curses to young chickens which, after pottering around all day looking for food, at sunset, will surely come home to roost, “as a bird that returneth again to his own nest.”

While Chaucer’s about 700 years-old chicken tale poignantly tells us how man’s inhumanity to his fellow man would come back to haunt him, Fela didn’t elaborate on the motif of his highly eclectic lyrics.

For Nigeria, borrowing from Chaucer’s classic, not only are the chickens of deceit and subterfuge that constitute the building blocks of the country, indeed, her foundation, coming home to roost, the Tortoise with the renowned cunning is about to lose its once beautiful carapace to the game in which it has  a notoriety.

The recent de-invitation of Kaduna governor, Nasir el-Rufai to the Nigerian Bar Association’s (NBA) ongoing conference may however be what would push the chickens to roost early enough and permanently lift the veil off the cunning tortoise of Northern Nigeria.Last week, some aggrieved northern members of the NBA reportedly pulled out of the group, founding their own professional group christened New Nigerian Bar Association (NNBA), named after the now rested Northern newspaper megaphone called the New Nigerian.

About the same time, two gallant South West governors, Rotimi Akeredolu and Seyi Makinde seemed to have infuriated the North. Aghast at the bunkum of the Inspector General of Police that his community policing project would be paid for from the purses of the states, both governors frontally disclaimed as hogwash this very wonky call by the IG. South West’s regional security outfit, Amotekunwould not be subsumed under the federal police, the governors hit the IG with a sharp riposte. Hardly allowing the quills to peel off the arrow, achieftain of the All Progressives Congress (APC), Dr. Garus Gololo, expressed righteous indignation at this and urged leaders of South West to tread the path of pacifism if indeed they wanted power to shift to them in 2023. The owners of Nigeria were talking!

The Gololo sense of ownership of Nigeria has been the pattern of the narrative of northern Nigerian domination and self-acclaimed paternalism of the so-called Nigerian federation since the July, 1966 coup. The good news, however, is that, it appears that the Lord Lugard subterfuge of 1914 is nearing the edge of its tethers and Muhammadu Buhari may be the denouement of that macabre matrimony. Since he came into office in 2015, Buhari has been riding on the crest of a bid to continue to hold Southern Nigeria captive, in line with the unwritten but sworn-to code of the Northern military officers’ coup of 1966.

Since 2015, Buhari has been deploying the Tortoise subterfuge, subterranean dealings and all manner of tomfoolery to get the Bill on National Water Resources 2020 passed by the National Assembly. Notwithstanding the total rejection of the noxious bill by the Bukola Saraki-led Eighth Assembly, Buhari is continuing the decades of Northern domination without firing a single bullet through this Water Bill. Confronted by the failure of the RUGA policy which was to give beasts and their minders spatial relevance in all the nooks and crannies of Nigeria, the Water Bill is another Buhari ploy to foist a beast-centric policy on the rest of mankind. Its ostensible target is to give cows and their tenders suzerain-hold over land and waters in the whole of Nigeria. If the Water bill is passed into law, offspring of those who desired Nigeria’s split in 1966 would, in the words of Nobel Laureate, Wole Soyinka, have fief-hold and “absolute control over the nation’s entire water resources, both over and underground.”

One hundred and six years ago, Lugard fused the Northern and Southern protectorates into the Colony and Protectorate of Nigeria, according to him, for ease of administration. Before the British, the Portuguese had traversed the Southern region as early as the 15th century through slave expedition. It was only in 1861 that Britain officially took hold of a Nigerian territory, Lagos for the sake of trade, using the veneer of Christianity and anti-slavery campaign as facade. This was formalized into a system of administration in 1884 and, from 1900 to 1903, going further to control the Southern and Northern Protectorates piecemeal.

This continued until 1914 when the three disparate regions of North, East and West were forcibly soldered into one. One hundred and six years after, what Nigerians have is a country without a sense of unifying national identity and disparate people cramped into single states. The spiritual essence of togetherness is absent in Nigeria and the peoples are merely cramped into an inconvenient crater like captives. The repercussion of this has come in the form of laughable separatist discourses that litter the country today. It led to the Biafran war, is found in Southern Kaduna and present in countries with similar forcible unity like Mali with the Azawad, Somaliland advocacy in Somalia and the Ambazonia in Cameroon.

The May 1953 Kano riots which lasted for four days and which claimed the lives of hundreds of Yorubas and Igbos, in the hands of northerners opposed to Nigeria’s independence and southerners who wanted immediate independence was the eye opener to the crisis ahead. The next was the pogrom against the Igbo starting from May 1966 and reaching its peak on September 29, 1966. During this period, an estimated 8,000 to 30,000 easterners were estimated to have been slaughtered.

Beginning with the Lyttleton Constitution enacted in 1954 and named after Oliver Lyttelton, the First Viscount Chandos, however, federalism papered over the visible cracks of British colonial government’s forced unity among the regions. Lyttleton brought about the administrations of Chief Obafemi Awolowo of the Western Region, Ahmadu Bello of the North and Nnamdi Azikiwe of the east. The centre of Tafawa Balewa was unexciting and had mere supervisory hold on Nigeria. By the time the military struck and Aguiyi Ironsi imposed his unitarization of a federal Nigeria through the Decree No 34 promulgated on May 24, 1966 which abolished the regional structure, scrapped regional civil service and created a harmonized National Public Service, the ground was set for a fractious Nigeria. The crass division, divisive narratives and governmental abetment of separatist ideology in Nigeria today are reminiscent of the builders of the biblical Towers of Babel.

The NBA leadership should be persuaded to allow Northern Tortoises go to the foot of the Iroko tree as they have started doing. It will speed up the process of dissembling the Lugardian contraption and get the chickens to roost even before sunset. Indeed, we should encourage a Miyetti Allah-Sympathetic Bar Association, Fulani Peoples Bar Association and the like. Soon, it will be obvious to all and sundry that we cannot continue this pretentious unity as we do not belong to same country mentally and spiritually. Our ways, cultures, worldviews are very far from and diametrically opposed to each other’s.  Only proper practice of federalism or a properly restructured Nigeria can rescue Nigeria from the fire whose conflagration is almost here with us.

The morale of the Tortoise and dog anecdote is that no one should claim to be smarter than the other in the race for existence. If you do, someday, as the Yoruba say, wisdom would be the death of the wise as the children of the mugu (supposed idiot) would outgrow the wiles of their suppressors. Already, there have been calls from different angles asking that, since the North found it worthy to federalize the NBA, this should open the floodgate into other federalizations. It should be justification for Southern Nigerian this and that, ranging from a Southern Nigerian Army, Southern Nigerian Railways, Southern Nigerian Navy, flag, NYSC, national anthem, Southern NNPC and others. The NNBA and Buhari’s Water Bill are no doubt perfect analogies of the Tortoise which wants to deploy its cunning to get undue advantage for itself and progenies, at the expense of the collective. Breaking our Nigerian Tortoise’s carapace into different shells is only a matter of when.