Community Policing: Recruitment will be based on state of origin not state of residence, says DIG 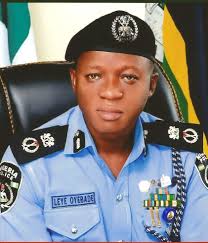 The Deputy Inspector-General of Police, Research and Planning, Adeleye Oyebade, disclosed on Tuesday that recruitment into the community policing system recently approved by the Federal government would be based on state of origin, rather than state of residence.

He also explained that the government of each state would be responsible for the salary and upkeep of community policemen that would be engaged by them.

He said the Nigeria Police Force remained one entity but the constables that would be recruited for community policing would be part-time officers.

“We are expecting them to put in 16 working hours in a week and the remuneration is going to be paid by the state government after we must have trained and retrained and got them deployed to the local government where they have been recruited because they know the culture, the language, the orientation and the topography of the area for them to be able to work with the police at that level.”

He explained that recruitment would be based on the state of origin and not the state of residence, adding that anyone applying for the new police jobs would have to return to his or her own local government.

He said the community policemen would not bear arms but would do more of intelligence gathering and tackling of non-violent crimes.

“They are not going to bear arms. When there are issues that need firearm usage, the police will come in and they will go together. Their role is intelligence gathering,” he said.

“These are community police officers. They are voluntary officers. It is just stipends that will be given to them. I know that when they have been trained, they will be kitted and it will be uniform across the country.

“I don’t see any problem emanating from that because from the recruitment up till the training and deployment, we must have given them all that they need and they will have the powers, the privileges and immunity of police officers and they know that if they do anything contrary, they can be disciplined,” Oyebade added.

On the fear that community policing would not be in conflict with other state security initiatives like Amotekun and Hisbah, the DIG said they would complement one another.

“I am going to tell you straight away. By the time the community policing strategy and implementation come fully into operation, everybody will follow suit. Everybody will join us and follow what we are preaching and what we practise,” Oyebade added.