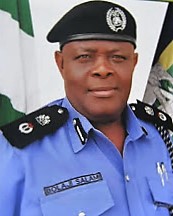 The Commissioner of Police, Ondo State Command, Bolaji Salami, has announced the deployment of 5,000-strong men of the Nigerian police that would provide security across the state during the Local Government Election scheduled for Saturday.

Salami said in a statement on Wednesday in Akure, that the command was fully prepared for the conduct of the election. He added that other security agencies including the Nigeria Security and Civil Defense Corps (NSCDC), and the Department of State Services (DSS) would collectively provide security during the exercise.

He warned those who are planning to foment trouble during the election to have a change of heart, as the command would deal with anyone caught on the wrong side of the law.

He appealed to the political leaders and their followers to eschew violence before, during, and after the polls and urged all participants in the election to adhere to the rules of the game.

The commissioner revealed that the police had concluded arrangements to deploy more men to the state because of the October 10 governorship election. According to him, the men will be drawn from Edo, Osun, Ogun, and Ekiti states to ensure the peaceful conduct of the governorship election.

Meanwhile, the main opposition party in the state, Peoples Democratic Party (PDP) had earlier said they would not field candidates nor participate in the local government election, describing it as a preemptive strategy by the APC government of Governor Rotimi Akeredolu to rig the October 10 governorship election.

“Participating in such an election is a futile exercise. We do not believe in the credibility of the Ondo State Independent Electoral Commission to conduct a transparent election. The process will just be an appointment, not election where all the ruling APC candidates in the state will be declared winners for all the positions”, he said.