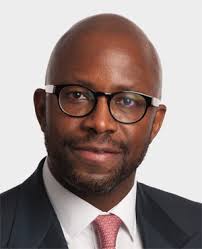 Ralph Mupita, MTN Group’s chief financial officer, will replace Rob Shuter as the CEO of the telecommunications provider on 1 September.

The move, which was widely anticipated, comes after Shuter said earlier this year that he would not renew his contract when it expired in 2021. Shuter will join BT Group in the UK as CEO of the company’s Enterprise unit.

Mupita has served as MTN Group’s chief financial officer since April 2017 and has “played a critical role in the development and execution of the group’s strategy, capital allocation processes and financial performance as well as in the resolution of a number of complex regulatory matters”, MTN said in a statement on Wednesday.

“After a rigorous and extensive search process, we are pleased to have appointed someone of Ralph’s calibre, experience and ability to fill the group president and CEO position,” said chairman Mcebisi Jonas.

“Ralph’s experience as the group CFO, strong knowledge of our businesses and markets, as well as successful background in financial services, M&A and emerging markets, place him in an excellent position to lead the growth and sustainability of the business going forward.”

Mupita is a graduate of the University of Cape Town with a degree in engineering and an MBA. Prior to joining MTN Group, he was the CEO of Old Mutual Emerging Markets for five years, a business that provided financial services to individuals and companies in 19 countries in Africa, Latin America and Asia, managing over R1-trillion of customer assets under management at the time.

Shuter will step down from his executive responsibilities on 31 August and will then support Mupita, as required, until the end of his fixed-term contract early next year.  — © 2020 NewsCentral Media