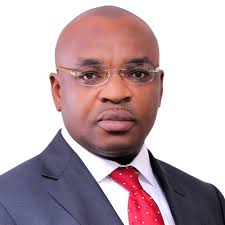 The Akwa Ibom State Government on Saturday picked holes in the report by the National Bureau of Statistics (NBS) which listed it as the second state with the highest unemployment rate in the country. It therefore rejected the report and described it as “unacceptable.”

According to the state Commissioner for Information and Strategy, Ini Ememobong, the economic reality on ground in the state is out of sync with the scenario painted by the report.

The statement read, “The attention of Akwa Ibom State Government has been drawn to the ‘Labor Force Statistics: Unemployment and Underemployment Report’ by the National Bureau of Statistics, wherein it listed Akwa Ibom as the state with the second-highest unemployment rate in the country. This conclusion, which calls for serious scrutiny, is unbelievable.

“The reality on ground in our state is in contradistinction to the Bureau’s report.

“A juxtaposition of the said report with the reality of the existence and operation of the numerous industries in our state, the recruitment into the civil and public service, Public-Private Partnership initiatives, the award of direct Labour contracts, our airline and general aviation businesses, qualitative cash support and interest-free loans to entrepreneurs, financial and input support to farmers; the obvious conclusion will confirm that indeed the current administration has created quality jobs in an unprecedented manner.

“This reality is not attempting to deny the existence of unemployment-which is a global phenomenon worsened by the COVID-19 pandemic.

“As a responsible government, we intend to engage the National Bureau of Statistics, to ascertain the veracity of their processes and results, particularly, we will seek answers to the following questions: