BREAKING: You have cases to answer, judge tells Evans’ co-defendants 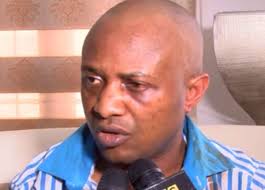 The no-case submission suit filed by co-defendants to alleged kidnap chief, Chukwudumeme Onwuamadike (aka Evans) was Friday dismissed by the Lagos High Court in Ikeja.

In a ruling delivered by Justice Hakeem Oshodi, the court held that the prosecution had successfully established a prima facie case against the defendants adding that the onus is on them to defend themselves.

The six defendants – Evans, Uche Amadi, Ogechi Uchechukwu, Chilaka Ifeanyi, Okwuchukwu Nwachukwu and Victor Aduba are facing trial over allegations that they kidnap the CEO of Maydon Pharmaceutical Limited, Donatus Dunu, in 2017. They were alleged to have collected €223,000 in ransom before freeing the businessman after 88 days in captivity.

Due to his inability to pay legal fees, Evans had been having difficulty retaining a lawyer. He had changed lawyers five times.

At the July 3, 2020 proceedings in the case, his co-defendants – Uchechukwu, Ifeanyi, Nwachukwu and Aduba – who had lawyers, had filed no-case submissions, praying the court to set them free.

But in a ruling on Friday, Justice Oshodi held that their no-case submissions lacked merit.