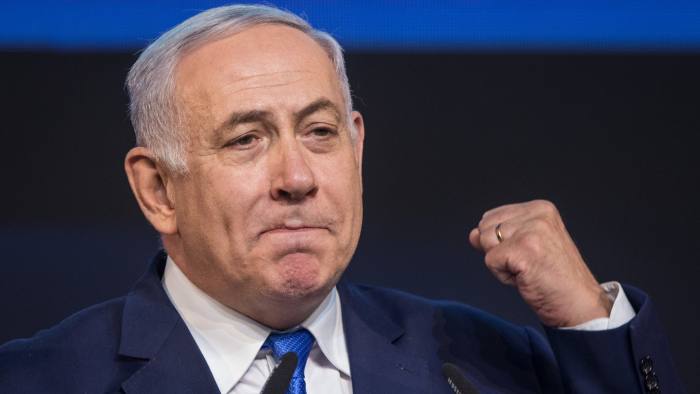 Beijing is working on a strategic collaboration with Tehran and is supporting a nuclear program in Saudi Arabia, which Israel can’t afford to keep ignoring

The multiplicity of crises, from political to economic to coronavirus-related, is distracting Prime Minister Benjamin Netanyahu and Defense Minister Benny Gantz from an important shift in the Middle East, which has major implications for Israel’s security. Namely: China’s moves in Iran and Saudi Arabia.

When Netanyahu and Gantz talk about Iran, they dwell on the Iranian-Syrian axis and insist that the international community, especially the United States, should escalate the sanctions against the Islamic Republic. But this policy to which they and the entire Israeli defence establishment have been adhering becomes ever less relevant as indications mount that China is stepping up its involvement in Iran and Saudi Arabia.

This has been happening as the United States weakens and also because U.S. President Donald Trump doesn’t hide that he has no interest in the Middle East malaise, mainly because the U.S. doesn’t need Arab oil as badly as it used to, and because he isn’t committed to maintaining an American military presence in the region. This is also glaringly evident in Russia’s re-engagement with Syria and recently with Libya as well, and its sale of weapons to Egypt and Saudi Arabia. But China isn’t strengthening only as a corollary of America’s declining global status. It also stems from China’s far-seeing strategy and long-term vision aimed to gain it the pole position as the world’s greatest power.

In June, Iran approved a draft agreement for a 25-year strategic collaboration with China on economic and security-related issues, worth about $600 billion ($17 billion a year). Under the agreement, Iran will sell oil to the Chinese at a discount, in exchange for which it will receive priority for Chinese investments in initiatives involving banking, transportation, energy, communications and technology. Russia is also working on a similar strategic 20-year treaty with Iran. What should perhaps worry Israel most of all is the Chinese-Iranian plan to form a joint commission for developing weapons and scientific collaborations, including in cyberwarfare, as part of a Chinese move to step up its intelligence and military presence in the entire Middle East, including in Israel. Further evidence of its aspirations is the military exercise it held in the Indian Ocean in late 2019 with the Russian and Iranian navies.

It bears stressing that it remains unclear whether the Iranian-Chinese agreement will be signed because Beijing has hinted that it is not pleased with Iranian leaks about the treaty. When it comes to Saudi Arabia, Israeli should be equally worried, since the developments we’re seeing are unprecedented.   Jerusalem and Riyadh share a common denominator in their opposition to the Iranian nuclear program, Iran’s aspirations for hegemony in the Middle East (expanding into Yemen, Syria, Iraq and Lebanon) and also in their hostility towards Hezbollah.   Saudi Arabia has long been anticipating that Israel will launch a serious attack against Iran and damage its nuclear program. This common interest came to light back during the Second Lebanon War in 2006, when Saudi Arabia “allowed” Israel to wage a protracted campaign without trying to mobilize the Arab countries against it, precisely so that Israel could deal Hezbollah a mortal blow. When that didn’t happen, Riyadh was keenly disappointed. According to foreign reports, for years Saudi Arabia has been nurturing close ties with Israel in intelligence and technology, and in cybersecurity as well.

These reports claim that for some three decades, Mossad chiefs have been meeting secretly with their Saudi counterparts and with other Saudi leaders. Israel neither denies nor confirms this. Saudi Arabi’s willingness – or perhaps we should say their boldness – in revealing a smidgen of these contacts was partly based on Israel’s image as a regional power and as the country with the strongest army in the Middle East. The Saudi desire to promote Israeli-Palestinian negotiations also bolstered ties between Riyadh and Jerusalem over the years. But the absence of progress on the Palestinian front due to Netanyahu’s refusal to negotiate and his desire to put an end to the two-state solution, as well as Israel’s domestic crises, have cracked Israel’s image. A Western intelligence source told me that he had heard his interlocutors – senior Saudi intelligence officers – expressing surprise at the feebleness Israel has demonstrated in recent years vis-à-vis Hezbollah and Hamas.

“You have to decide which Israel you are,” said the source, citing the Saudis, “a strong Israel that defeats its enemies as in 1967, or a country that is not only unable to defeat Hezbollah but is also failing to defeat Hamas.” This is the context in which we should, therefore, be seeing Saudi Arabia’s recent decision to accelerate its bid to acquire nuclear know-how and technology from China. Apparently, Riyadh, under the leadership of Crown Prince Mohammed bin Salman, realized that if it wants to block Iran from developing nuclear weapons, its salvation won’t come from Trump or Netanyahu; and it may be signalling that it has also decided to embark on the nuclear road. About a week ago the Wall Street Journal reported that Saudi Arabia has a facility for extracting uranium yellowcake from the uranium ore mines in its territory and that it built the facility with China’s help. Saudi Arabia stated years ago that if Iran develops nuclear weapons, it would too. About a year ago the brother of the Saudi crown prince, Prince Abdulaziz bin Salman, who also serves as the energy minister, said that his country wants to purchase know-how in order to achieve control of all the components and stages of the nuclear process. In the past Saudi Arabia tried to purchase nuclear reactors for electricity generation, which would have also given it the know-how, technology, equipment, materials and infrastructure for a potential military program.

The United States was willing to accede to the request but conditioned it on a Saudi commitment not to build facilities for uranium enrichment. Riyadh refused. Israel maintained silence. The Saudis know that if the U.S. doesn’t build the nuclear power reactors for them, Russia or China would be happy to do so. As its oil reserves dwindle, it’s only natural for Saudi Arabia to want to diversify its energy sources and build nuclear reactors. The question is whether it will also build facilities to enrich uranium, and other sites to necessary to enhance the nuclear program. In that connection China is a familiar supplier for Saudi Arabia, having sold it long-range missiles in the past. Another optional supplier would be its ally Pakistan, which has nuclear weapons.

A battle over resources China’s ability and willingness to engage in strategic cooperation with two enemies, at the same time, is the behaviour of a superpower. For years it was widely assumed that the Chinese interest in playing on the global field (on all the continents and in all the arenas) originated in its desire to control the sources of natural resources and to ship them, by sea and land, to fuel its economy.

This economic interest is slowly but surely being augmented by Beijing’s understanding that economic strength and global clout must be backed by military might. Even if Israel knows and understands that there are two reasons the defence establishment is having difficulty formulating a reaction. One is mental paralysis regarding Iran and Syria; an inability to realize that things can change. That, for example, is why Israel and the United States are insisting that the embargo on weapons sales to Iran (which expires in October) should continue. But it probably won’t, based on the positions of China, Russia and the European Union.

Israel would do well to accept the fact that even if the embargo is maintained, Chinese involvement in the region is changing the rules of the game and requires fresh thought. The Iranian presence in Syria may turn out to be a minor problem for Israel compared to the Chinese-Iranian challenge. The other problem is fear of China’s anger and Israel’s reluctance to harm its ties with Saudi Arabia. Israel has been tiptoeing on eggshells as the Chinese and Americans exchange blows in their trade war, but at some point, Israel will have to take a side and will have to decide which is the more important ally: Washington or Beijing.

On the face of it, the answer is clear, and when the day comes, Israel will be forced to denounce China’s nuclear assistance to Saudi Arabia, because the program poses a serious danger to its national security. Crown Prince bin Salman will be peeved, of course, but if Israel stays mum, it is likely to find itself facing yet more entities – not to mention Jihadis – playing with nuclear toys.