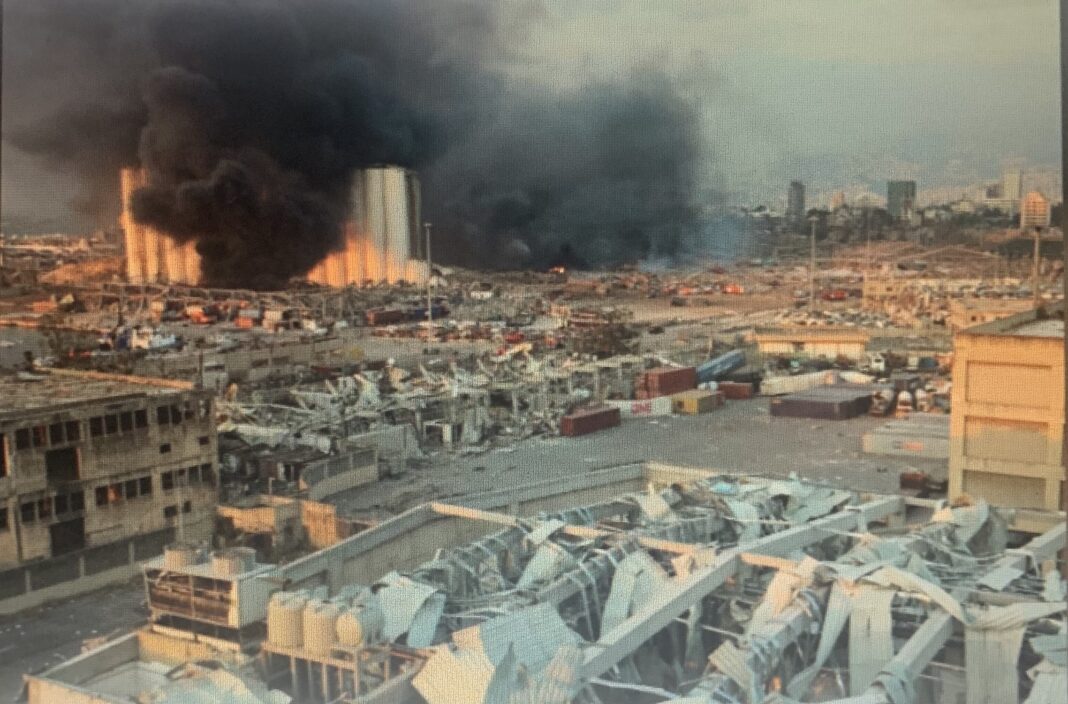 adminhttps://fedredsnews.ng
A twin massive explosion in port warehouses near central Beirut in Lebanon has killed more than 50 people, injured over 2,750 and sent shockwaves that shattered windows, smashed masonry and shook the ground across the Lebanese capital.

According to Reuters reports, officials predicted the death toll is likely to rise further after emergency workers dug through rubble to rescue people and remove the dead. Coming at a time the country is experiencing an economic crisis which is threatening to reignite old divisions, records show the blast was the most powerful explosion to hit Beirut in years.

Lebanese president, Michel Auon blames a 2,750-tonnes ammonium nitrate left in warehouse unchecked for six years for the blast. This was corroborated by his interior minister who said highly explosive material, seized years ago, that had been stored at the port was responsible for the blast.

Israel, which has fought several wars with Lebanon, denied any role and offered help.

“What we are witnessing is a huge catastrophe,” the head of Lebanon’s Red Cross George Kettani told broadcaster Mayadeen. “There are victims and casualties everywhere.”

Hours after the blast, which struck shortly after 6 p.m. (1500 GMT), a fire still blazed in the port district, casting an orange glow across the night sky as helicopters hovered and ambulance sirens sounded across the capital.

A security source told Reuters that victims were taken for treatment outside the city because Beirut hospitals were packed with wounded. Red Cross ambulances from the north and south of the country and the eastern Bekaa valley were called in to help.

The blast was so big that some residents in the city, where memories of heavy shelling during the 1975 to 1990 civil war live on, thought an earthquake had struck. Dazed, weeping and wounded people walked through streets searching for relatives.

“I promise you that this catastrophe will not pass without accountability,” Prime Minister Hassan Diab told the nation.

“Those responsible will pay the price,” he said in his televised address, adding that details about the “dangerous warehouse” would be made public.