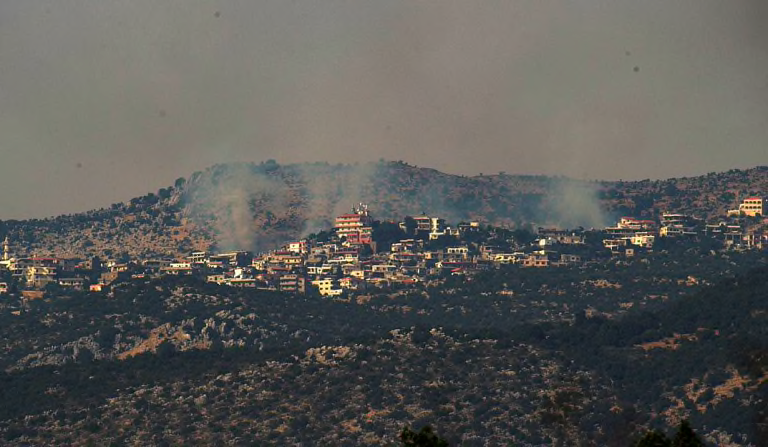 The Israeli army on Monday announced the thwarting of an infiltration attempt by Hezbollah into Israel, adding that residents in the border were ordered to stay indoor for an hour after exchange of fire by the two sides.

But this was denied by Hezbollah which says nothing of such happened. “Everything claimed by the Israeli media and the IDF about a Hezbollah infiltration… is an attempt to invent false Israeli victories,” the movement said.

According to Haaretz Breaking News, Monday’s clash comes after the Iran-backed Lebanese Shi’ite group vowed to avenge the death of one of its fighters who was reportedly killed in an airstrike on pro-Iranian militants in Syria that a war-monitoring group has attributed to Israel.

But Hezbollah is not totally ruling out retaliation for the death of its fighters who were allegedly killed by Israeli army. It’s says retaliation “will definitely come,” and warned that “Zionists only have to wait for punishment for their crimes.” They added that Hezbollah would also respond to reported damage to a civilian house in the Lebanese village of Habbariyeh.

The spokesman for the Israel Defense Forces, Brig. Gen. Hidai Zilberman, said about five Hezbollah operatives had crossed several meters into Israel on Monday but fled back into Lebanon after Israeli forces opened fire.

Zilberman said their condition was unknown and no Israeli soldiers had been hurt. Earlier, he said there had been an incident on the Lebanese border in the Har Dov area, also known as Shaba Farms, in the Golan Heights, a story that was also confirmed by a Lebanese source to Reuters.

“We are in the middle of a complicated event,” Prime Minister Benjamin Netanyahu said Monday before leaving Jerusalem to visit military headquarters in Tel Aviv, where he was joined by Defense Minister Benny Gantz.

Israeli airstrikes that hit military posts south of Damascus last week killed five foreign fighters and wounded several others, the Syrian war monitor reported. The airstrikes reportedly came in response to an attack on the Golan Heights that the monitor attributed to Syrian forces.

On Sunday, Hezbollah’s deputy secretary general, Naim Qassem, said the organization had no intention of divulging “precise details” of how it would respond to “Israel’s aggression.”

“There’s no change in the rules of the game and the formula for our response,” he told Al Mayadeen. “A balance of deterrence against Israel exists, and we don’t intend to change this balance.”