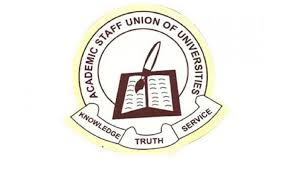 “we are going to meet on this soon, but i see us embarking on another round of strike in January 2023 to press home our demand for payment of the eight months arrears.”

After weeks of uncertainty that followed the decision of the federal government to pay a pro-rata October salary to university lecturers, shortly after calling off their eight-month old strike, feelers from the university campuses indicate that the Buhari-led federal government has reportedly paid full salaries just for the month of November 2022.

The question about the outstanding eight months salary arrears remains unaddressed as at the time of filing this report.

A senior Law lecturer in the University of Lagos confirmed the payment of the full November salary to Fedredsnews on Wednesday.

“Yes, that is true. I received the payment alert for my November salary this afternoon. But that has not addressed the issue about the eight months arrears,” he said.

On what the varsity teachers plan to do if the federal government insists on implementing the no-work, no-pay policy, he said the Academic Union of Universities (ASUU), which is the umbrella body of academic workers, will meet soon to decide how best to take this on.

“we are going to meet on this soon, but i see us embarking on another round of strike in January 2023 to press home our demand for payment of the eight months arrears.” he said.

Recall that Fedredsnews had earlier reported that the Buhari administration had refused to pay the striking lecturers for the eight months which the union embarked on strike.

The lecturers, in October 2022 were also paid pro-rata (half-pay) according to the Minister of Labour and Employment, Chris Ngige.