I have nothing against Osinbajo – Tinubu 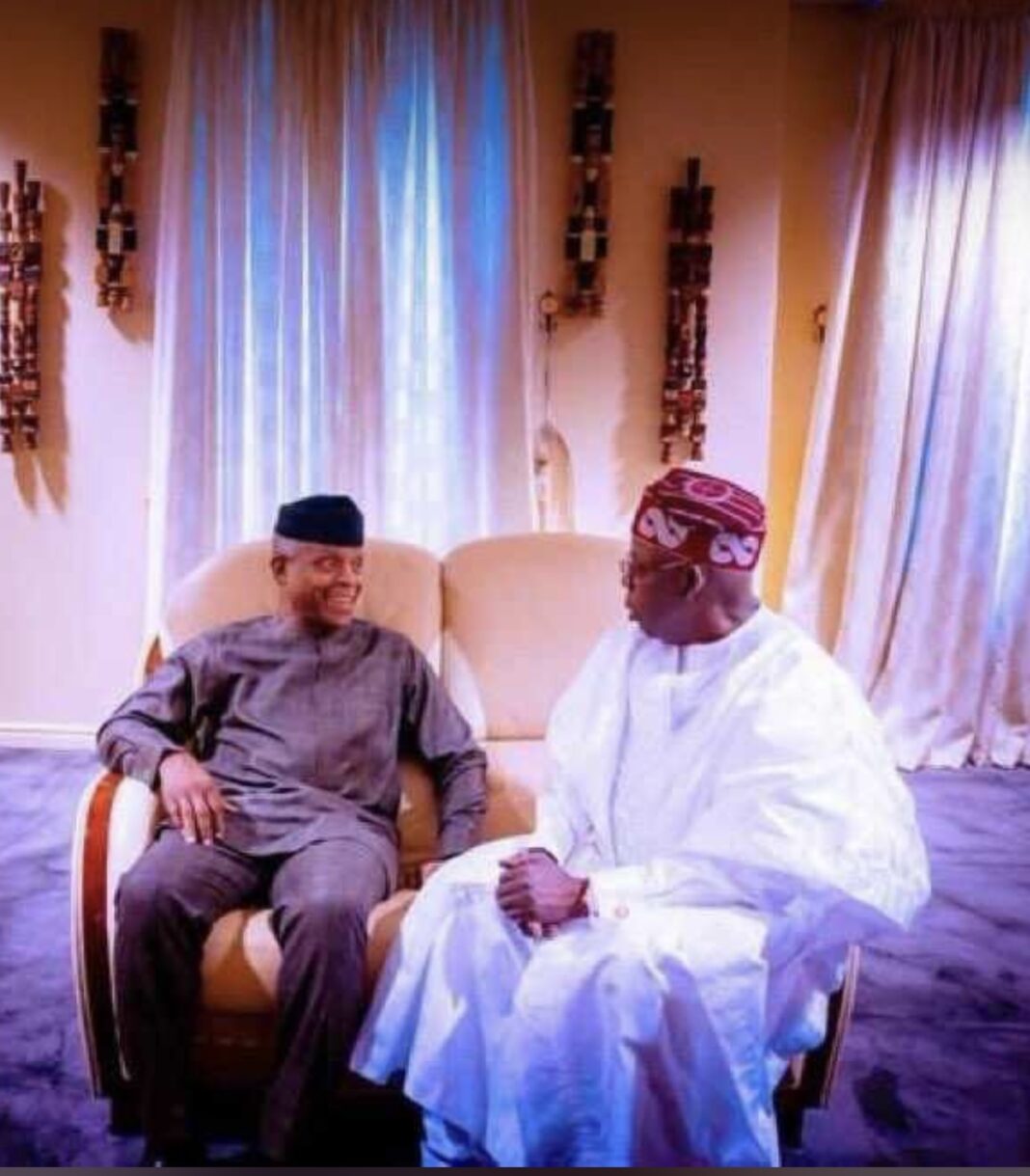 Tinubu stated this in Kano, while addressing some political support groups loyal to Osinbajo during the APC presidential primaries.

According to Tinubu a man who asks forgiveness from God, he must be willing to forgive others.

Tinubu said he has nothing against the vice president as he assured that he will work with everybody.

He noted that he visited the Osinbajo at his house after the primaries, and also interacted with him during the ministerial retreat.

“I have nothing against him. I have been to his House after the primaries. I have seen him on the day of the goodwill message to the retreat organised by the president.

“And a man who forgives—a man who asks for forgiveness from Allah fully deserves forgiveness. If you cannot give forgiveness, how are you asking from Allah? To me, it is over,” he said.

During a meeting, Coordinator of the Drone Marshall Support Group, Alwan Hassan had urged Tinubu to work with Osinbajo and other presidential aspirants who ran against him at the primary election on 8 June.

He said, “We made consultations with your friends and even your enemies.

“Sometimes, all of them speak of one good quality about you. Most of them have agreed that you stood out as being patient and forgiving whosoever offends you in politics.

“We want to see more of public participation between you and the vice president, Professor Yemi Osinbajo and all other aspirants that contested against you. You are the candidate, you have won,” he said.

Hassan assured that all the group will work for the APC candidate.

Recall that Osinbajo was one of the presidential aspirants who ran against Tinubu in the APC presidential primary election held in June.

Osinbajo, a political ally of Tinubu, served as attorney general and commissioner for justice when Tinubu was governor of Lagos State between 1999 and 2007.