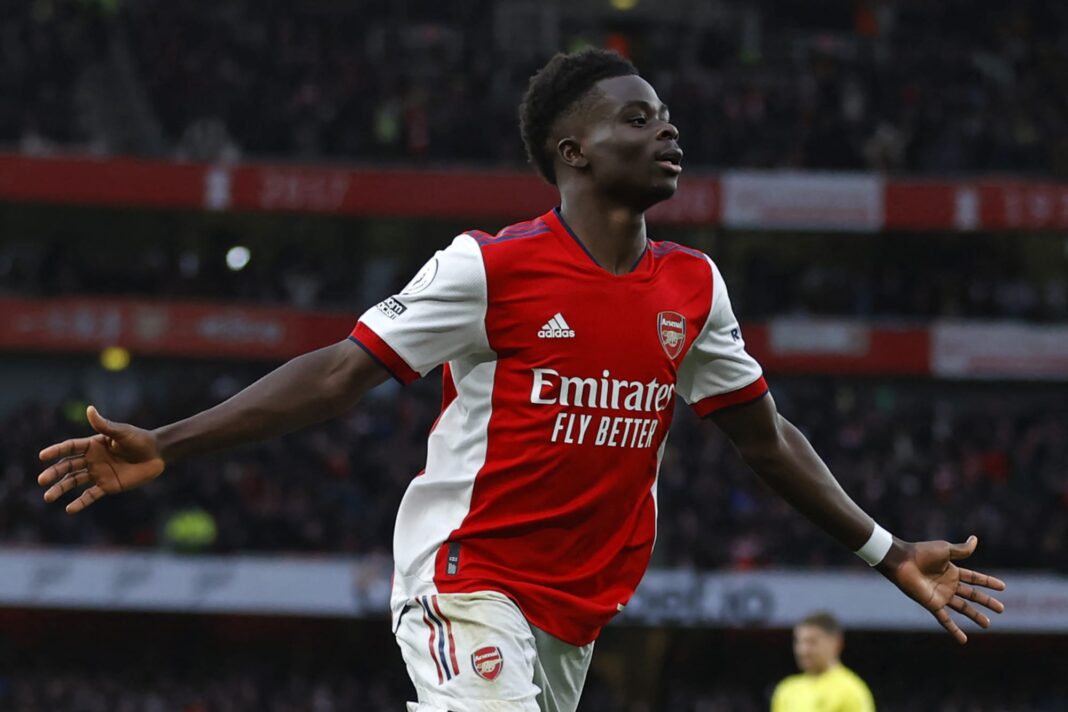 Bukayo Saka struck twice to return Arsenal to the Premier League summit after a hard-fought 3-2 win over Liverpool.

Jurgen Klopp’s side have had a disappointing start to the season by their recent high standards and lost further ground on the league leaders with the narrow – and slightly controversial – defeat at the Emirates Stadium.

Saka’s winner came from a penalty after the spot-kick was awarded following Thiago Alcantara’s challenge on Gabriel Jesus, which contained minimal contact, with VAR upholding the decision without sending Michael Oliver to have a second look at the foul to add further fuel to the discussion in recent weeks over officiating consistency.

Before the England international’s winner, Liverpool had come from behind twice, first through Darwin Nunez to cancel out Gabriel Martinelli’s first-minute opener.

Arsenal then re-took the lead just before the half-time whistle through Saka before substitute Roberto Firmino scored his sixth goal of the season to make it 2-2.

However, Liverpool were unable to come back again after Saka’s 76th-minute penalty and continued their mixed start to the Premier League season, with a third defeat in eight matches.

The Gunners took the lead with their first attack of the game inside the first minute, as Liverpool were caught out from a clever move from Martin Odegaard.

The Gunners captain picked out Martinelli, with Liverpool’s defence caught out of position to allow the hosts’ forward to get behind the lines. The Brazilian made no mistake in slotting the ball past Alisson Becker and the goal was allowed to stand after a brief VAR check for offside.

There was then another quick VAR check for a possible penalty to Liverpool after the ball appeared to hit Gabriel Magalhaes’ arm but nothing was given.

Liverpool had been pushing for the equaliser before it came through Nunez in the 34th minute – the Uruguayan’s first goal for the club since the opening day against Fulham.

Luis Diaz ran down the right wing, beating the Arsenal defender, before crossing the ball for Liverpool’s summer signing who slotted the ball past Aaron Ramsdale.

At the start of the second half, Alisson had to make a stop to deny Odegaard from the centre of the box, but it was a less frantic start than the first.

Firmino levelled the score for Liverpool in the 53rd minute with a well-struck shot past Ramsdale into the corner of the net.

In a clever move from the visitors, Diogo Jota picked out the first-half substitute, who calmly found the back of the net after running in completely unchecked behind Gabriel.

After the equaliser, Arsenal piled on the pressure again and Kostas Tsimikas had to be alert to hook the ball away to prevent it reaching the waiting Odegaard on the line.

Liverpool had been consistently scrambling to clear their lines when Arsenal were awarded a penalty for a foul on Jesus by Thiago.

The decision was referred to VAR but it was upheld despite minimal contact. The spot-kick itself was delayed due to an altercation between a number of players including Granit Xhaka.

Saka fired the ball past Alisson to restore the home side’s lead, and Liverpool were unable to level the score for a third time.