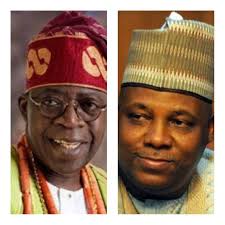 The presidential candidate of the All Progressives Congress, Bola Tinubu, would appoint Christians to key positions of authority in his cabinet if elected Nigeria’s next President in 2023.

The assurance, which was given by the Asiwaju Ahmed Bola-Shettima Presidential Support Group came amidst controversies that had trailed the Muslim-Muslim ticket of the APC despite the national outcry.

The Director-General of AABOS, Abdulsalami Iyaji, a retired Assistant Inspector-General of Police, gave the assurance during a press conference, Friday evening, in Abuja.

According to him, the move would douse the fears and tension raised in many quarters by those opposed to Tinubu’s choice of Senator Kashim Shettima, a Muslim, as running mate.

He said, “Nigerians should focus more on good governance than religion and ethnicity during the general election. Does governance end with the President and Vice President?

“There are lots of offices in government, such that the totality of their influence determines how the President and his vice operate. However, it is unfortunate that down the line, Nigerians don’t see things that way.

“When Tinubu and Shettima come on board, Christians will be prominent in virtually all areas of governance, and by so doing, the APC standard bearer will douse the fears and paranoia that has trailed the Muslim-Muslim ticket.

“The conduct of Tinubu and Shettima will make the fears linked to the same faith ticket to become irrelevant such that in subsequent elections, religion will no longer be an issue. They will demonstrate what it takes to put aside religion and ethnicity as far as governance is concerned.”

Iyaji also said Nigeria’s growth had been severely hampered by inflation, insecurity, hunger, poverty, inadequate infrastructure, but assured that Tinubu would tackle these issues on a national scale the way he did during his stint as governor of Lagos from 1999-2007.

He explained that the goal of the support group was to ensure the electorate had adequate information concerning the policy and aims of the APC and its presidential flag-bearer before the 2023 elections.