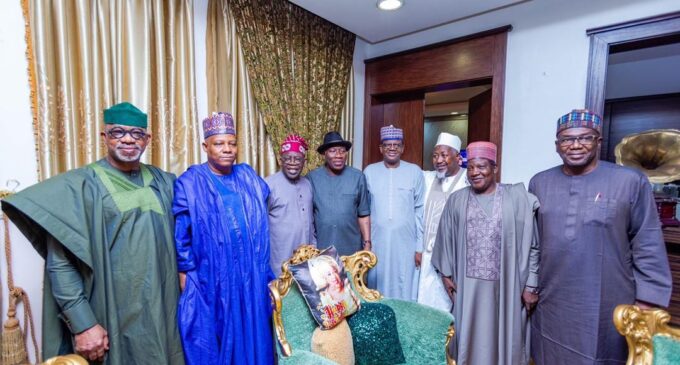 Tinubu was accompanied to Jonathan’s residence in the federal capital territory (FCT) by Kashim Shettima, APC vice-presidential candidate; Dapo Abiodun, governor of Ogun; Simon Lalong, governor of Plateau; and Bello Matawalle, governor of Zamfara, among others.

Apart from a picture that surfaced online following the meeting, details of what was discussed are not yet known.

In recent times, APC stalwarts have made efforts to woo the former president to the ruling party.