Calm down, i see you becoming president one day, Jerry Gana counsels Wike 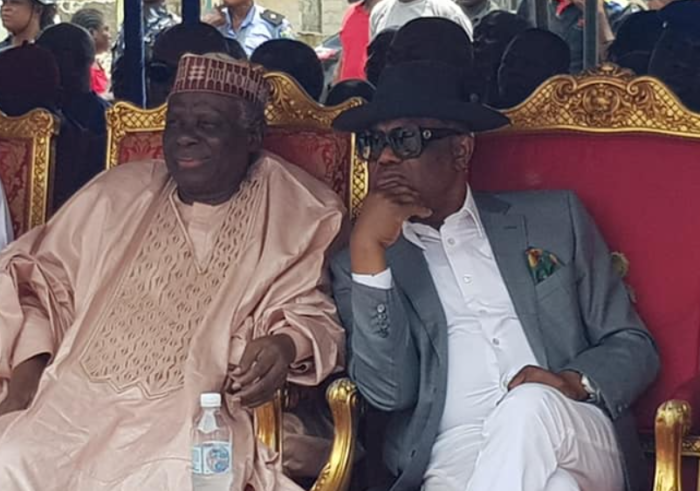 A chieftain of the opposition Peoples Democratic Party, PDP, Mr Jerry Gana, has advised governor Nyesom Wike of Rivers State not to be disappointed by his recent electoral woes. He said given his relative young age, Wike stands a good chance of becoming the president of Nigeria in the future.

Gana said this on Friday during the flag-off of a flyover in the Obio-Akpor area of Rivers state as the guest of the governor.

Fedredsnews had earlier reported how Wike contested the presidential ticket of the PDP alongside others but lost to former vice president Atiku Abubakar. The rift between the two men deteriorated when Atiku tapped Delta State governor, Ifeanyi Okowa as his vice, even though the committee raised by Atiku to recommended a vice for him reportedly favoured Wike.

Efforts by PDP stakeholders and elders to resolve the crisis have since proved abortive. The development has fuelled speculation that Wike may support a presidential candidate from another party in the 2023 election.

Making reference to the PDP crisis, Gana appealed to Wike to stay in the party and not relent on his commitment to the party.

The former minister commended Wike for his “sustained emphasis” on developmental projects and good governance.

“Your sustained emphasis on development projects has shown clearly that good governance is possible through good leadership,” Gana said.

“You have demonstrated the power of good leadership in delivering development projects to the people of Rivers state.

“Please, accept our congratulations for this kind of good leadership that performs. You have a bright future.

“Let me now ask the good people of Rivers state –  very wonderful people – to ensure that in the forthcoming elections, you vote massively for the candidate of our party who is being supported by this performing governor so that there will be continuity; so that the good things he is doing here can be continued by the next set of people that are going to govern this place.

“Don’t make the mistake of throwing away your votes to another party. The PDP will never let you down. We shall do well; we shall excel; we shall perform and we shall be trustworthy.  So, we plead with you in the forthcoming election to ensure that the candidates of our party are supported and elected.”

Gana urged Wike to “stay firm” within the opposition party and “never waiver because so many people outside Rivers state are looking up to you”.