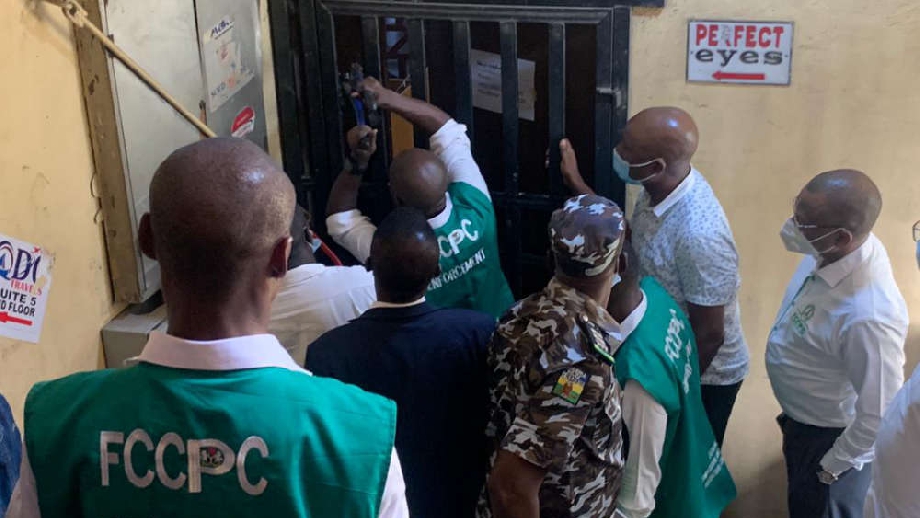 The chief executive officer of the Federal Competition and Consumer Protection Commission (FCCPC) has directed telecommunication companies to desist from providing connectivity services to digital lenders that are under investigation.

Mr. Irukera said this on Thursday in Lagos during an enforcement exercise at the premises of Soko Lending, a digital lender around Ikeja, Lagos.

The enforcement operations, which lasted for about two hours, saw FCCPC evicting workers from the company’s facility and sealing off the premises.

According to the commission, Soko Lending “appears to be the most consequential digital money lender with multiple apps and brand names covering a significant share of the digital/online lending market, and one of the most prolific actors in violating consumer privacy, fair lending terms and ethical loan repayment/recovery practices”.

“The evidence we have discovered here suggests that [this] will also be a Soko lending company. And we’ve discovered that there is another app that we previously didn’t know [and] we’ve just communicated that to Google. We expect that app to be taken down before the end of the day,” Irukera added.

“Prior to this operation, the commission had previously, on March 11, 2022, carried out a similar enforcement action with respect to multiple lenders; which action and continuing investigation has reduced previously high and escalating unethical, obnoxious and unscrupulously exploitative practices in the industry.

“However, some of the lenders who have been subjected to the investigation have devised methods to leverage technology and other financial services alternatives to circumvent account freezing and app suspension orders.

“With the operations today, the commission expects an appreciable additional reduction in these unacceptable practices.”

FCCPC said it has ordered payment service firms to stop providing transaction services to such lenders under the commissions’ radar or those not adjudged to be unlicensed.

The statement read in part, “The commission has ordered all operating payment systems, including Flutterwave, OPay, Paystack and Monify, to immediately cease and desist providing payment or transaction services to lenders under investigation or not otherwise operating with applicable regulatory approvals,” Irukera said.

“The commission has also ordered telecommunication/technology companies (including mobile network operators (MNOs)) to cease and desist providing server/hosting, or other key services such as connectivity to disclosed or known lenders who are targets/subjects of investigation or otherwise operating without regulatory approval.”