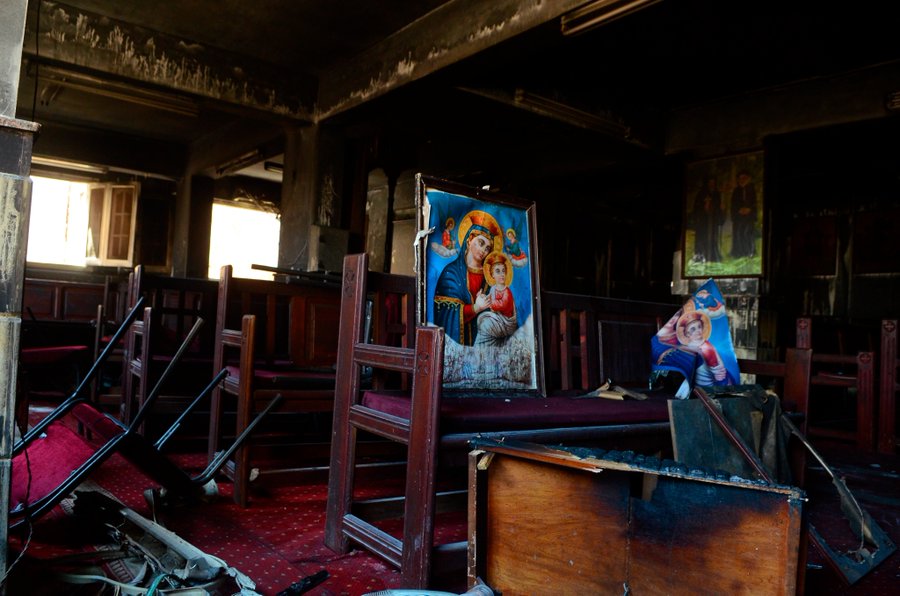 At least 41 people have been confirmed dead in a fire outbreak at Abu Sefein church in the working-class neighbourhood of Imbaba in Giza Governorate, Egypt.

According to a report by Bloomberg, another 14 people were injured in the fire incident that started at the Coptic church during Sunday morning service.

The report added that fifteen firefighting vehicles were dispatched to the scene to put out the flames while ambulances ferried the casualties to nearby hospitals.

A police statement confirmed that the fire was ignited by an electrical short-circuit.

He said government has put in place necessary measures to mitigate the effect of the fire outbreak, according to his statement released on his verified Twitter handle.

“I am closely following the developments of the tragic accident in Al-Munira Church in Giza Governorate, and I have directed all concerned state agencies and institutions to take all necessary measures, and immediately deal with this accident and its effects, and to provide all aspects of health care for the injured,” the president wrote.

“I offer my sincere condolences to the families of the innocent victims who moved to the side of their Lord in one of the houses in which they are worshipped.”

Arab News quoted a statement by the Coptic Orthodox Church which said the fire broke out during the Divine Liturgy, and that a number of worshipers were transferred from the scene to Imbaba General Hospital and Agouza Hospital.

President Abdel Fattah El-Sisi made a phone call to Pope Tawadros II to offer his condolences to the victims of the accident.

During the call, El-Sisi stressed that all state institutions would provide the necessary support to contain the effects of the fire.