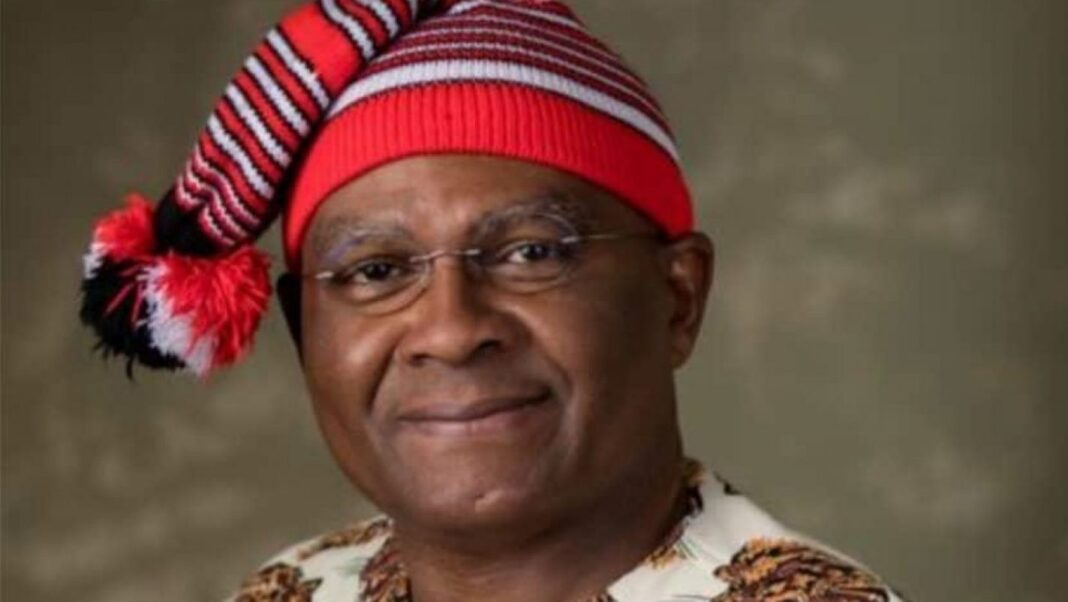 Former governor Enugu state, Chimaroke Nnamani has called on the people of Enugu state to be resolute in their support for the Peoples Democratic Party (PDP) and resist any attempt to be lured to vote for Peter Obi of the Labour Party by Obidient adherents in the coming 2023 general elections.

The former governor is the incumbent senator representing Enugu East at the upper house.

Nnamani stated this in a statement he personally signed in Abuja, yesterday.

He said only the PDP can restore the hope and emancipate the people of the state from deprivation.

The Senator warned against Greek gifts from the “Obidients canvassers” claiming that it would negatively affect the PDP chances to produce state governors, senators, members of the House of Representatives and state houses of Assembly.

The Senator likened the Obidient movement to the story of the tortoise who borrowed feather from other animals to enable it fly to attend a feast only to appropriate what belongs to everyone to himself alone, claiming to be everybody.

He said, “That is exactly what they want. To borrow from every body and turn round to appropriate everything. Do not give them your feathers, let them stay on the ground where they belong. Your feathers are the structures they need. Call their bluff.

“Our party and platform is PDP. We must stand firm. We must not be swayed by the Obidient sentiments and vote Labour Party . If we blur the distinction, it will be difficult to reverse.

“Remember these Obidients advocates are noisy, loud, intolerant, proselytizers, condescending but less than 0.25 per cent of over 200 million Nigerian population. At least Osun state 2000 votes for Labour Party bears it out.

“Why should we establish foundation and beech head for others. We cannot allow Obidients to inherit our labour in the PDP.

“In battle, do you give invaders your beech head to land and now seek to drive them away. We have to be on the alert because they are luring us into false sense of complacency using subterfuge.”