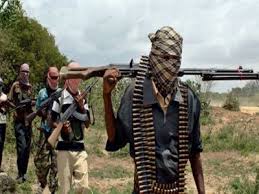 The historic city of Owo, in Ondo State has come under fresh attack by yet to be identified gunmen.

This is coming nearly two months after close to 40 worshippers were gunned down in a Catholic Church in the town.

Details of the attack were sketchy at the time of this report, but the police said the incident occurred at Craneburg Construction Company, Owo.

In a tweet, the state police command said, “Tonight, there was a shooting incident at CRANEBURG CONSTRUCTION COMPANY, Owo, Policemen are currently at the scene, victims have been taken to hospital and they are in stable conditions.”