Be careful of the cabals, Fayose warns Tinubu as battle for APC presidential ticket heightens 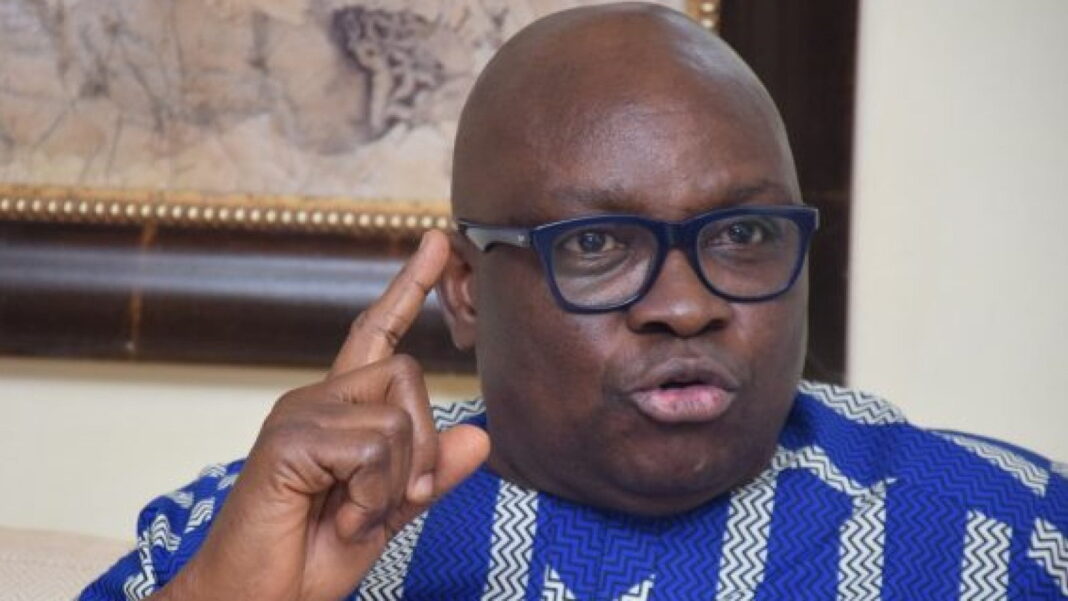 Former governor of Ekiti State and chieftain of the Peoples Democratic Party (PDP), Ayo Fayose, has admonished former governor of Lagos State and presidential aspirant on the platform of the All Progressives Congress (APC), Asiwaju Bola Ahmed Tinubu, to tread carefully.

APC will hold its presidential primary election on Tuesday, June 7 at the Eagle Square Abuja.

But it seems all is not well between Tinubu and some chieftains of the party leading to his outburst in Abeokuta on Thursday.

But writing an open letter to Tinubu, which he posted on his verified twitter handle on Monday night, Fayose said, “Going by the handwritings that are now clearly on the wall, I see you as one that may be swimming against the political tide of the cabal in your party.”

Fayose reminded Tinubu that he is not an APC member and will never be.

Nevertheless, he said that going by Tinubu’s outburst in Abeokuta and the reactions of his political allies both in the North and South, there is danger.

Fayose, who said he is writing Tinubu as a concerned Yoruba man and not as a politician, reminded him of the fate of Chief Obafemi Awolowo and the celebrated winner of the June 12, 1993 general election, Alhaji Moshood kashimawo Olawale Abiola, both of who he claimed, were led to the Golgotha by self-acclaimed “champions of democracy.”

Fearing that Tinubu faces the same fate, Fayose advised: “I am sure the same people may advise you to ignore my advise,” but quoting the Bible, he said, “Sensible people will see trouble coming and avoid it but unthinking people will walk into it.”