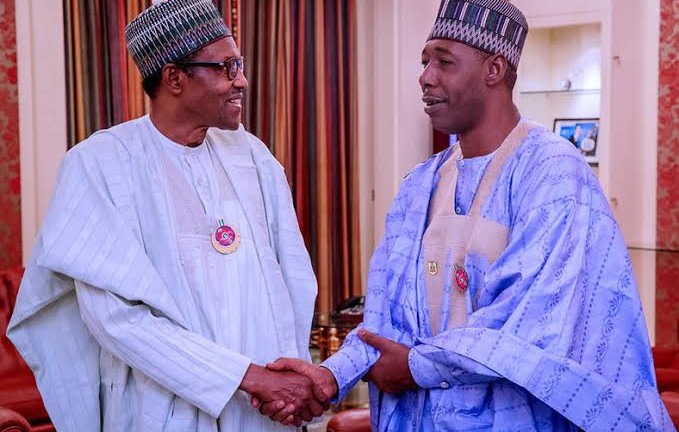 The Borno State governor, Babagana zulum says President Muhammadu Buhari will have a total say on who Borno delegates should vote for at the presidential primary election

The governor disclosed this on Sunday in Maiduguri, the Borno State capital while playing host to the former minister of transportation, Rotimi Amaechi.

Amaechi was in the state to pitch his presidential candidacy to delegates from Borno State ahead of the presidential primary election of his party, the All Progressives Party, APC.

The governor said the ruling party needs a candidate that would enable the APC to retain power in 2023.

“Borno state delegates will vote based on their conscience. But again, our leader, general Muhammadu Buhari, is very important in this political equation,” he said.

“We are still waiting for him to tell us what to do and we will follow. His advice is very important so we have to wait for his advice.

“Nigerians should pray for a good candidate to emerge, irrespective of tribe, region or ethnic background but a candidate that will ensure the APC forms the central government come 2023.”

On his part, Amaechi said if elected as president, he would end the insurgency in the north-east and insecurity in general.

“When I was governor of Rivers state, Buratai was a brigade commander while Abba Suleiman was the police commissioner,” he said.

“We ensured we engaged the teeming and idle youths by giving them jobs that kept them from the streets.”