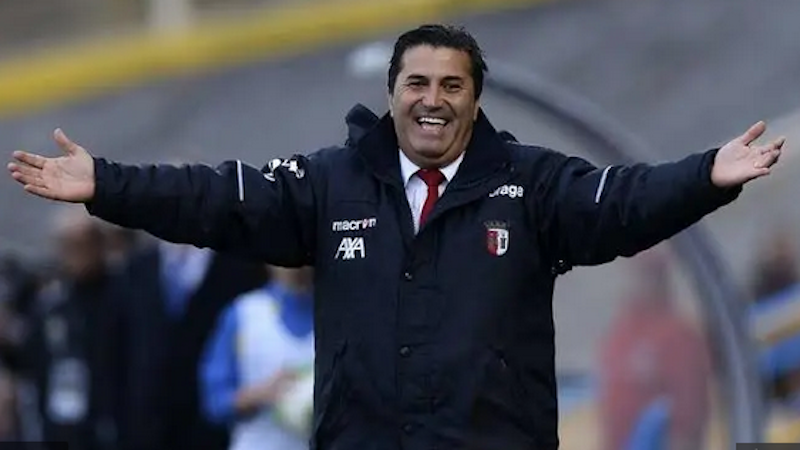 The 62 years old Portuguese was finally engaged following the resignation of Austin Eguavoen after the dismal performance of Nigeria at the qualifying stage of the Qatar 2022 World Cup.

Peseiro is expected to take up his role in the team “with immediate effect, subject to the signing of agreed terms”.

According to the statement by the football governing body, “The Nigeria Football Federation on Sunday announced the appointment of Mr José Santos Peseiro as the new Head Coach of the Senior Men National Team, Super Eagles. The appointment is with immediate effect, subject to the signing of agreed terms between the NFF and Mr Peseiro,” the statement reads.

“José Vitor dos Santos Peseiro, 62 last month, is a Portuguese who played as a striker in his days and has wide and varied experience coaching top Clubs and National Teams across four different continents, namely Europe, Asia, Africa and South America. An educationist with a degree in physical education/sports sciences, Peseiro has top-level coaching qualifications/training and has coached at Sporting Lisbon, FC Porto, Panathinaikos, Rapid Bucharest, Sporting Braga, Victoria Gumaraes, Al-Hilal, Al-Wahda, Al-Ahly Cairo, Sharjah FC and Real Madrid (assistant coach during the Galacticos era), as well as serving as Head Coach of the Saudi Arabian and Venezuelan National Teams.

“Peseiro is expected to lead out the Super Eagles for the first time during the upcoming tour of the United States of America, during which the three –time African champions will slug it out with Mexico and Ecuador ‘A’ Teams in prestige friendlies. The Eagles will tango with the El Tri at the AT & T Stadium in Dallas, State of Texas on Saturday, 28th May before flying to New Jersey to confront Ecuador at the Red Bull Arena in Harrison on Thursday, 2nd June.

Peseiro was first announced as the permanent replacement for Gernot Rhor in December 2021.

He was expected to take over the team after the African Nations Cup in Cameroon, but the NFF recanted and appointed Austin Eguavoen instead.

The woeful performance of Nigeria at the qualifying stage of Qatar 2022 World Cup forced the resignation of Eguavoen.