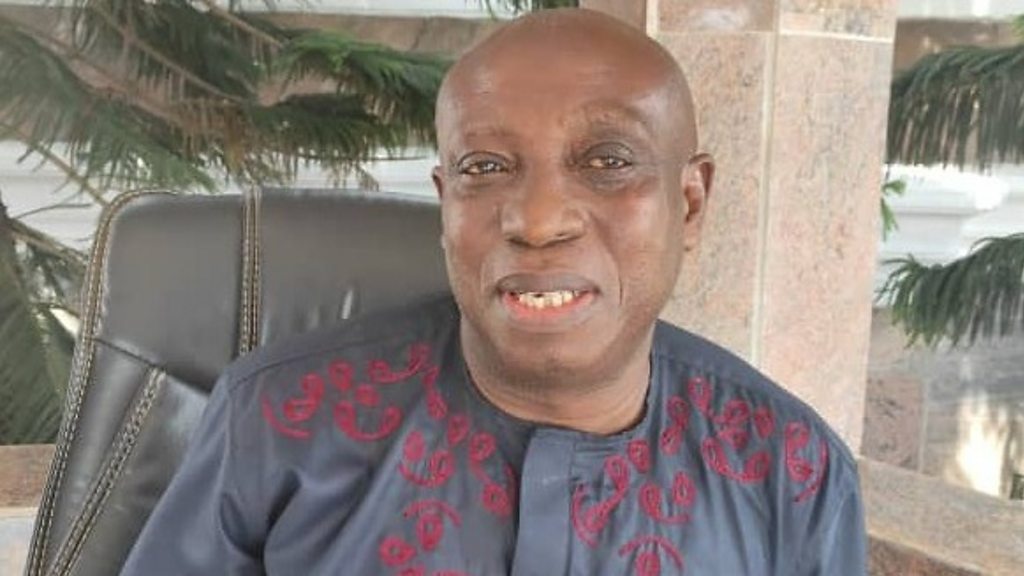 The Biafran leader declared his support for the candidacy of Yahaya Bello, the incumbent governor of Kogi State

Leader of the Movement for the Actualisation of  Sovereign State of Biafra (MASSOB), Chief Ralph Uwazuruike on Saturday disagreed with those calling for the zoning of the presidency to the south east geo-political zone, arguing that zoning will promote sectionalism. Uwazuruike, who also declared that he does not believe in the president of Igbo extraction advised that the contest for the top job should be thrown open.

The MASSOB leader stated this when Bello, a  presidential aspirant on the platform of the All  Progressives Congress(APC), visited him in Owerri, Imo.

The youths, who started the procession from the MASSOB leader’s house in Owerri, marched through the streets, carrying different placards, with inscriptions such as “Power to the Youths, Support Yahaya Bello”, “Youths Can Also Lead”, and “Yahaya Bello for the Youths”, among others.

They made it clear that the only solution to Nigeria’s political quagmire was for power to go to the youths.

According to them, in this regard, Bello is the right fit for the position of President of the Federal Republic of Nigeria.

Recall that Bello picked the APC  Expression of Interest and Nomination forms at the party’s national secretariat on Wednesday.

Uwazuruike, who advised Nigerians and party leaders to shun zoning, as it had no place in the constitution of the Federal Republic of Nigeria, said his group would support  Bello to become the next president of Nigeria because he had the leadership qualities to lead Nigeria effectively.

He noted that power should go to the best in the race, adding that the Kogi governor remained the best for the job.

“All Nigerians should rally around the youthful governor. We are supporting Bello for this and no one else. That he has the capacity to solve the problem of insecurity and a host of others facing the nation is not in doubt.

“This is a crucial time in the history of the country. We must give youths a chance, especially one that has demonstrated uncommon capacity, in the person of Yahaya Bello,” he said.

Uwazuruike, who is also the founder of the Biafran Independent Movement (BIM)  said f Nigeria’s sovereignty must be upheld, and the idea of an Igbo president should be discarded.

He said,: “I don’t believe in the idea of zoning system or Igbo president because zoning means sectionalism.

“If we want to talk about Nigeria, we must throw the presidential contest open but if you throw it open, it must be for the youths, not elders, because the elders have failed us.

Uwazuruike said his group would support  Bello to become the next president of Nigerian because he is a youth with the leadership qualities to deliver the Nigeria project.

“The youths must be given power,  the elders have continued to be in power without great result.

He urged  Nigerians to support Bello, describing zoning or the Igbo presidency as a  project aimed at promoting sectionalism.

Speaking, Bello expressed gratitude over the reception given to him by no fewer than Five thousand members of  MASSOB/BIM who welcomed him in Imo.

Bello said he was prepared to deliver the  Nigerian project if given the opportunity to serve as the next president of the country.

“I’m prepared to lead this country, I shall address insecurity, health system as well as the educational system.

“Nigerians must be very careful and be ready to make the best decision in choosing their next president,” he said.