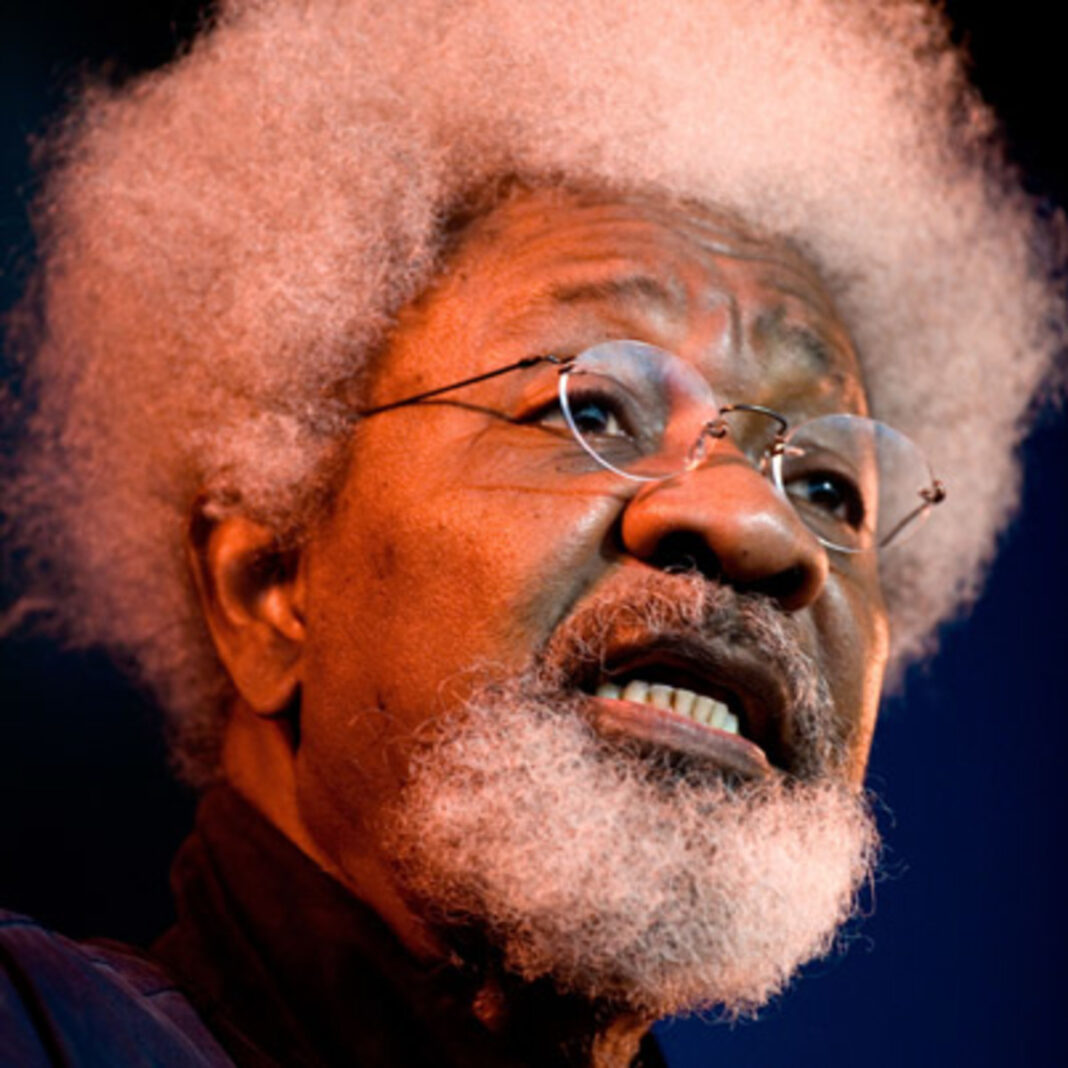 Nobel laureate Wole Soyinka on Saturday wondered by President Muhammadu Buhari would back a murder suspect as the chief scribe of the ruling party, All Progressives Congress (APC).

In a statement titled ‘Perhaps Closed Files Should Remain Just That – Closed?’, Soyinka noted that there was a subsisting pledge to reopen the files on the spate of unsolved political assassinations by the current administration.

He wondered how it was possible that the APC, headed by President Buhari, had now selected one of the prime suspects in the Bola Ige case as its National Secretary if it was really serious about prosecuting the unsolved murder.

“To this layman, that investigative revisit is already hamstrung and disrobed of credibility,” Soyinka said. “I think the nation should simply relieve President Buhari of his pledge.”

Barely three months have passed since the twentieth anniversary of the murder of the late Attorney-General and Minister of Justice, Bola Ige, an occasion that I utilized to remind President Mohammed Buhari, of a subsisting election pledge. That pledge was to re-open the files on the spate of unsolved political assassinations that had plagued the nation in recent decades. Prominent among those cases was that of the Minister of Justice, murdered on his way to take up a prestigious position with the United Nations.

Presidential response was swift. Buhari ordered the Inspector-General of Police to re-open those files and resume investigations. The nation has patiently awaited even a hint of Work in Progress. Most, I am certain, expect no less than a revaluation of prior investigative efforts. None, to my knowledge, has attempted to rush the Chief of Police and his team into judgment. We all take solace in the knowledge that the wheels of justice grind slowly, but they arrive. Eventually.

However, an unusual turn of events has raised questions. The ruling party, headed by the same President, has just elected as its National Secretary one of the prime suspects of this most notorious of the nation’s unsolved murders. Not for a moment does one suggest that mere accusation, even trial, presumes Guilt. More than a mere verdict is involved in any trial, however. The process of arriving at that ultimate destination – justice – is integral to the very concept of democracy and equality under the law. That process is one of the structures of civic education.

Unresolved till today were quite a number of untidy, even suspect aspects of investigation, prosecution and trials, aspects which revealed improper cell co-habitation by suspects under custody. That this led necessarily to recantations of earlier depositions is not thereby proven, but the fact remains that such U-turns did take place. One was so brazen that it induced a heart attack that proved fatal to the victim’s wife, another Justice – Mrs. Atinuke Ige. That the prime suspect was privileged in a number of improper ways went beyond mere allegation. Political interventions, including pressure on the judiciary during bail hearings cannot be denied. A judge under such pressure kept a diary with accusations, pages of which he consigned to friends for safe keeping.

With the emergence of the said prime suspect as National Secretary of the Ruling Party, is the Inspector-General of Police equipped to confront political obstacles in a resumption of investigation? Is there any guarantee that the result will see the light of day? How suspect, ab initio, will be the conclusions, given the present political ordering?

I repeat: we are speaking of blatant, undeniable exercise of POLITICAL interventions during investigations and the arraignment of suspects. Prior incumbency of the position of National Secretary of a ruling party has demonstrated the potent interventionist clout that can be wielded from that office. The president has personally received, and thus anointed the new incumbent. Since he remains central to any re-investigation – whatever form or direction it takes – just what value of objective assessment can be placed on the presidential pledge?

To this layman, that investigative revisit is already hamstrung and disrobed of credibility. I think the nation should simply relieve President Buhari of his pledge. I am certain the Inspector-General of Police will be equally relieved and can now turn his mind and energy to the national accustomed posture – Business as Usual.