A timeous alert to Gov. Sanwo-Olu on Oshodi 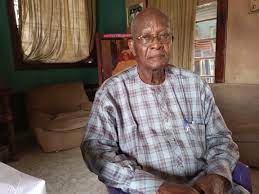 We start by commending your exciting efforts sir, in bringing to reality your lofty THEMES agenda. We pray most fervently that your labour shall yield most rewarding dividends that will make generations of future Lagosians continue to remember you for good. Amen.

This our communication focuses on two interelated issues . The first is with regards to the ownership of Oshodi land.  This is really foundational and will help the understanding of what we reckon as the raging, more publicized, second issue. The second, which is an extension of the first, is with regards to who has the right to the stool of the Bale of Oshodi (or Oba of Oshodi, as being currently touted.)

Permit us, your excellency, to recount that Oshodi Town situated within Oshodi/Isolo Local council area belongs to no one other than the Oshodi Tapa Family  of Lagos Island.  It is not a yesterday’s claim but an established historical fact that has endured more than two centuries or over 200 years. This has also been re-established and reinforced by  courts

We seek your indulgence, sir to refer to a judgement delivered by a Lagos High Court on April 19th,1960.  This was later affirmed first by the Supreme Court of Nigeria on March 5th, 1963, and then again by the Supreme Court after another spurious challenge on July 14, 2000.

In 1960, the presiding judge over a legal challenge to our ownership of the land ruled thus: “I am quite satisfied from the evidence that the Oshodi family have for a considerable period of well over a hundred years been in possession and occupation of the land in dispute and have during this time openly exercised acts of ownership over the land without protest from the plaintiffs. I do not accept the plaintiff’s case that the defendants’ family have been regularly paying tribute on the land in dispute. I believe and accept the defence that they have occupied the land in dispute, including Oshodi Village, without rent or tribute.”

This naturally leads to the question: why did we have to contend with legal challenges to the ownership of the land?

Several centuries ago, our ancestor, Chief Tapa Oshodi was given this land in recognition of his military prowess and assistance to the Onigbesa of Igbesaland during the era of the Slave Trade. The land gift was a gesture of appreciation by the Onigbesa, who was the original owner of this area from time immemorial and it has been our possession since, not as customary tenants but as absolute owners. The Onigbesa gifted  the land to Chief Oshodi  Tapa without  conditions.

We wish to recall with sense of honour sir that Chief Oshodi  Tapa, after whom Oshodi Town is named, was a highly respected chief of the Oba of Lagos and he performed several high level and high risks tasks for the Oba of Lagos, especially in the area of ensuring that security of lives and property was provided across what is now present day Lagos and parts of Ogun State.

From the late 1950s, there had been several attempts by rancorous elements caliming to be related to Onigbesa  represented by the Agedegudu family, to violate this agreement. We thank God, who is always with the just, that all such attempts to subvert our inheritance had failed.

Permit us sir to crave your indulgence by referring to a judgement affirmed by the Supreme Court of Nigeria, in the case FSC.413/61between Sunmonu Agedegugu (Plaintiff/Appellant) and Sanni Ajenifuja and Ors (Defendants/Respondents.)

The learned trial judge proclaims thus: I have therefore on the evidence before me arrived at the following conclusions:

This judgement was further validated by the Supreme Court of Nigeria in 2000 when a faction of the Agedegudu family cunningly instituted another lawsuit to overturn the earlier ruling of the Supreme Court. In the case, between Dr Rasaki Oshodi, Chief G.F.A. Inasa Thomas and Chief Musa Esugbayi (for themselves and on behalf of the Oshodi Family) and Yisa Oseni Eyifumi and Lamina Eniyantan (for themselves and on behalf of the Odujaguda family, otherwise known as Akinowo family), their Lordships Abubakar Wali, Emanuel Obioma Ogwuegbu, Anthony Ikechukwu Iguh, Okay Achike and Akintola Olufemi Ejiwumi unanimously ruled that the land belongs to the Oshodi family.

This brings us to the issue of the rulership of Oshodi, Your Excellency. The Yoruba say “eni to n’ile l’oni eto si Oba”  (the owner of the land is logically the only one entitled to the rightful ownership of the lands obaship or kingship and indeed all authorities). It therefore would stand to reason that members of the Oshodi family, being undisputed owners of the land, would be the traditional rulers of the entire Oshodi community in focus. Indeed, that has been the case since the establishment of the community until lately when outsiders and impostors  trying to leverage on political affiliations started making efforts to usurp and distort time-honoured tradition.  It is our sincere belief that your administration, with such an enviable record within a short period, will further dignify fairness and justice.

Kindly permit us to humbly add  at this point that all the gazetted Oshodi chiefs are all from the Oshodi family. IN FACT, ALL THE BALES OF OSHODI ARE FROM OUR FAMILY AND THE ONLY INTERLOPER, INSTALLED AGAINST REASON, WAS NULLIFIED BY THE COURT. In all, there had been nine Baale at Oshodi. The first was Baale Faremi Taraeni Ajagungbade (1850- 1866) and the last, authentic Baale was Baale Yesufu Seidu Owoseni (1983-2005). Indeed, to ensure clear perfection of the pre-exisiting tradition, Owoseni was made to comply with the full endorsement of the Oshodi Tapa Family. He formally sought and got same before he got the staff of office following his formal installation.

Your Excellency, we understand that there are ongoing efforts to upgrade the stool to one of the Oba Grade 1. W wish to recall that this was informed by  our petition seeking to upgrade our chieftaincy title from Bale of Oshodi to Olurogun of Oshodiland. It is our expectation that this, when done, would follow seamlessly on the already established tradition of succession to the throne of the number one citizen of Oshodi-Land.

We are not unaware of several strange claims to the throne, including the gambit by Alhaji Musiliu Ayinde Akinsanya to be installed as Oba of Oshodi. We want to publicly distance our family from this campaign.

The judicial process did not fail us in the past and we believe there is sufficient precedence to believe that it will subsist with all possible fervour.

We are confident that the authorities of the Lagos State government – or any subjudicial authority would not take any steps that would cause a breach of law and order in Oshodi and beyond. We hold strongly, your Excellency, that yours is a government that will always be supportive of the   sanctity of the rule of law.

We stand on the truth. We stand on justice. We stand on the justness of our position. We are not shaken or moved by the noise of the marketplace or the pretentious preening of peacocks. Our family is holding its own consultations on who to choose as the next Bale of Oshodi. We shall humbly do well to formally, with all courtesy, let you know our choice  at the end of the process.

On behalf of the Oshodi Tapa Family of Lagos Island, Epe and Oshodi, we thank you once again for your attention