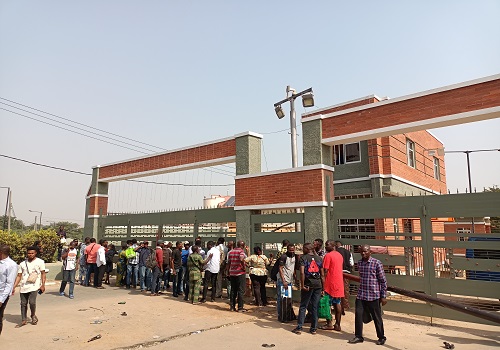 The leadership tussle amongst the judgement creditors in Magodo GRA has forced the hands of the Lagos State Government to approach the Supreme Court to seek clarifications on a 2012 judgement regarding land ownership in the Magodo area of the state.

The Commissioner for Information and Strategy, Gbenga Omotosho, in a statement, said the Governor Babajide Sanwo-Olu administration took the decision because judgment creditors failed to reach a consensus on the control of their association.

The statement was titled, ‘Update on settlement of Supreme Court judgement on Shangisha/Magodo’.

It read, “Following the intervention of Lagos State Governor Babajide Sanwo-Olu, officials of the State Government and representatives of the Shangisha Landlords Association (the judgment creditors) held a series of meetings at which both parties explored the possibility of complying with the judgment of the Supreme Court.

“There was a serious division among the judgment creditors as to who controlled or had the right to represent the Association; and

“The demand by the judgment creditors that a single global Certificate of Occupancy should be issued in the name of the Association as opposed to the position of the State Government that each of the 549 members of the Association would be given allotment letters individually.

“Given the sharp divide between the two factions of the judgment creditors on who has authority to represent the Association and the disagreement regarding whom the Certificate of Occupancy should be issued (collectively or individually), the State Government has approached the Supreme Court to seek further directives and clarifications on both issues. The Judgment Creditors have been served with the application.

“The State Government, however, wishes to reiterate its commitment to complying with the judgment of the Supreme Court once these two issues are resolved.”

Recall that policemen, in January, besieged the Magodo Phase 2 Estate area of the state in the company of suspected land grabbers and members of a family who had planned to demolish property to execute the Supreme Court judgment.