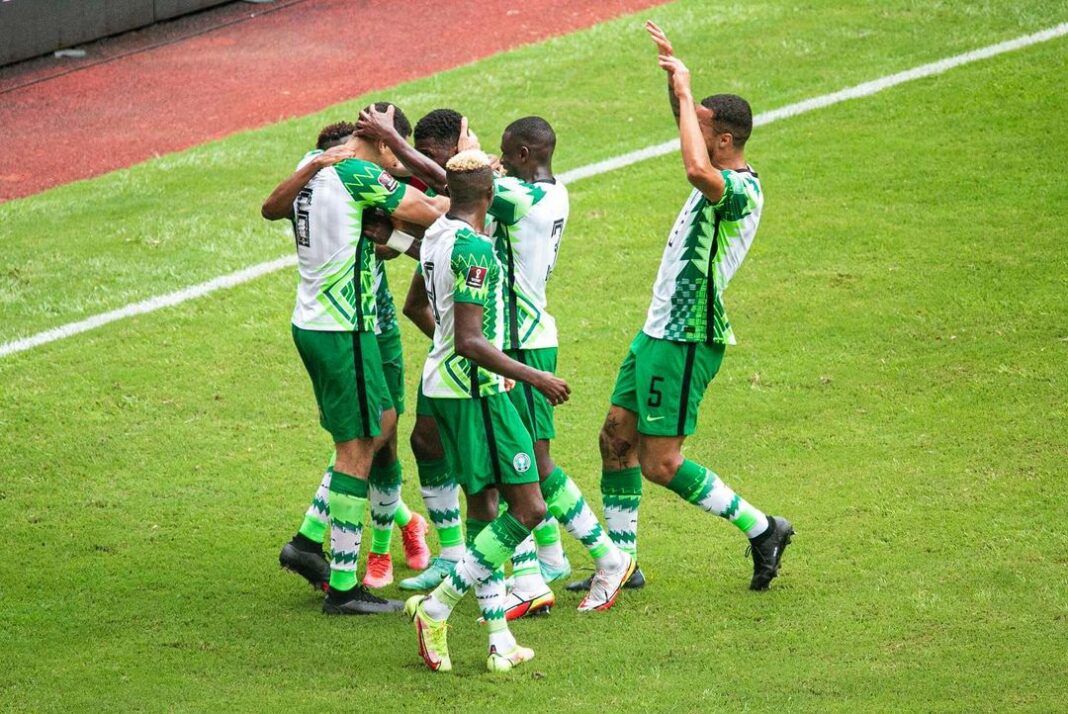 The Super Eagles of Nigeria have defeated the Pharaohs of Egypt 1-0 in their group stage encounter at the ongoing 33rd Africa Cup of Nations on Tuesday in Garoua, Cameroon.

The lone goal was scored by Kelechi Iheanacho in the 30th minute of the game with assist from Taiwo Awoniyi.

Super Eagles, who top Group D with the victory, were dominant and impressive throughout the game.

With today’s victory, Nigeria broke Egypt’s unbeaten record. Pharaohs were unbeaten in their last 16 group matches at the Africa Cup of Nations.

Before now, Egypt’s last defeat in the group phase dates back to the 2004 tournament when they lost 2-1 against Algeria.

This is the ninth encounter between Nigeria and Egypt at the Africa Cup of Nations. Nigeria hold the upper hand with four wins to Egypt’s two, although their last encounter before today’s game in 2010 went to the Pharaohs (3-1 in the group phase).

Nigeria are making their 19th appearance at the Africa Cup of Nations. They have reached the semi-finals in 14 of their last 16 AFCON participation, winning the tournament on three occasions.

This is Egypt’s 25th appearance at the Africa Cup of Nations, a record in the history of the tournament.

They have won the tournament seven times, more than any other side.