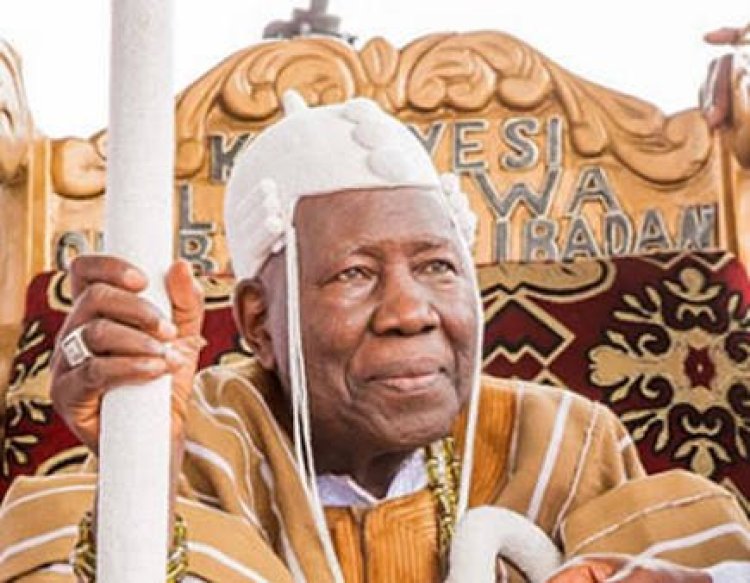 Reports from Ibadan indicate that the monarch of the ancient and sprawling city, Oba Saliu Adetunji, the Olubadan of Ibadan has joined his ancestors.

According to sources, the 93-year old monarch, today passed away while receiving treatment at the University College Hospital (UCH) in Ibadan.

He was crowned the 41st Olubadan of Ibadan following his coronation on March 4, 2016.

Neither the UCH nor the Popoyemoja, Ibadan Palace of the monarch, have made any statement on the demise of the king.

Oba Adetunji was born as the first of 17 children of Raji Olayiwola and Suwebat Amope Adetunji on August 26, 1928 in Ibadan, Oyo State.

He grew up learning vocational jobs until he took up fashion designing as a means of living after moving into Lagos. While working as a fashion designer, he delved into musical record marketing until in 1960 when he founded his first of three record label imprints called Baba Laje Records which housed notable fuji music acts including Dauda Epo-Akara and Wasiu Ayinde Marshall.

Prior to his coronation as the Olubadan of Ibadan, Saliu Adetunji was the Balogun of Ibadan land.