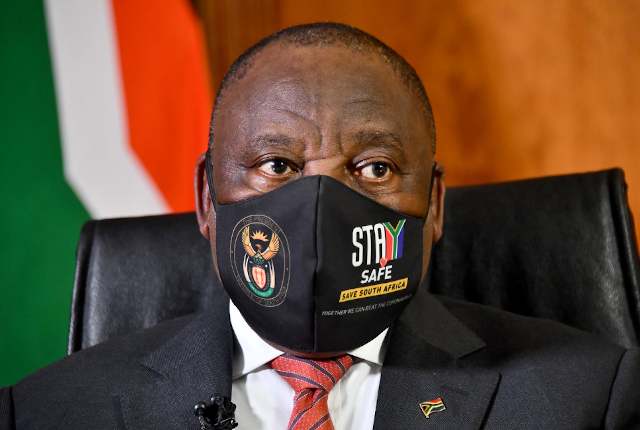 The South African Presidency on Sunday announced that President Cyril Ramaphosa has tested positive for Covid-19 and is receiving treatment for mild symptoms, according to Bloomberg reports.

“The president, who is fully vaccinated, is in self-isolation in Cape Town and has delegated all responsibilities to Deputy President David Mabuza for the next week.”

“The president is in good spirits but is being monitored by the South African Military Health Service of the South African National Defence Force.”
Ramaphosa, 69, was vaccinated against coronavirus with the single-dose Johnson & Johnson inoculation in February.

The report said the presidency didn’t immediately respond to a request for comment on whether he had received a booster shot.
South Africa is in the midst of a fourth wave of coronavirus infections fueled by the omicron variant. Health authorities on Sunday recorded 18,035 new cases of the illness that has killed more than 90,000 people in the country.

Ramaphosa was tested for Covid-19 in all of the countries he visited, and returned to South Africa on Dec. 8 after obtaining negative test results, the presidency said.

“The president also tested negative on his return to Johannesburg” on Dec. 8, it said.

Earlier on Sunday, Ramaphosa spoke at a memorial service for former apartheid-era President F.W. de Klerk, who died last month. The proceedings were “undertaken in compliance with health regulations pertaining to hand hygiene, the wearing of face masks and social distancing.”

The South African presidency urged anyone who had contact with Ramaphosa on Sunday to watch for symptoms or to have themselves tested.