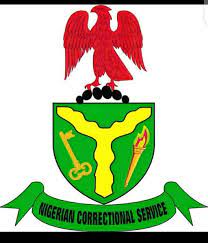 The Federal Government on Saturday vowed to recapture the 575 inmates of the Oyo Medium Security Custodial Centre in Oyo State who are currently at large following Friday morning attack on the prison by armed criminals.

The Oyo Custodial Centre was established in 2007 with a capacity of 160 inmates but as of the time of the attack, had a total population of 907. Of this number, awaiting trial persons were 837 representing 92%, while there were just 64 convicts.

Sola Fasure, Media Adviser to the Minister of Interior, Ogbeni Rauf Aregbesola said this in a statement issued in Abuja on Saturday. While disclosing that the cabinet minister has been briefed on the attack, he added that the Controller General of the Nigerian Correctional Service is on top of the whole crisis and has assured that the fleeing inmates would be apprehended.

“Security agencies are on the trail of the escaped inmates, while a joint security services manhunt has been launched immediately for the apprehension of the assailants.

“This has led to the capture of some of the inmates while others returned voluntarily. However, those who are on the run are advised to turn themselves in, as an escape from lawful custody is a serious offence. The full weight of the law will be brought on them when arrested! “, Fasure stated.

Reports by the Nigerian Correctional Service NCoS indicate that the assailants forced out all the awaiting trial detainees. It however said a total of 262 of the escapees have been recaptured leaving 575 still at large.

The NCoS said, “Following the directives of the Controller General of Corrections, Haliru Nababa, the State Controller, Noel Ailewon has commenced the process of search and recapture after visiting the scene of the incident.

“He assures that no effort will be spared to recapture the fleeing inmates even as he solicits for credible intelligence to aid Security agencies in tracking down the fugitives”, the NCoS stated.

The invaders were said to have arrived at the facility heavily armed with sophisticated weapons and after a 20-minute fierce encounter with officers on guard, gained entrance into the yard using dynamite to blast the wall.