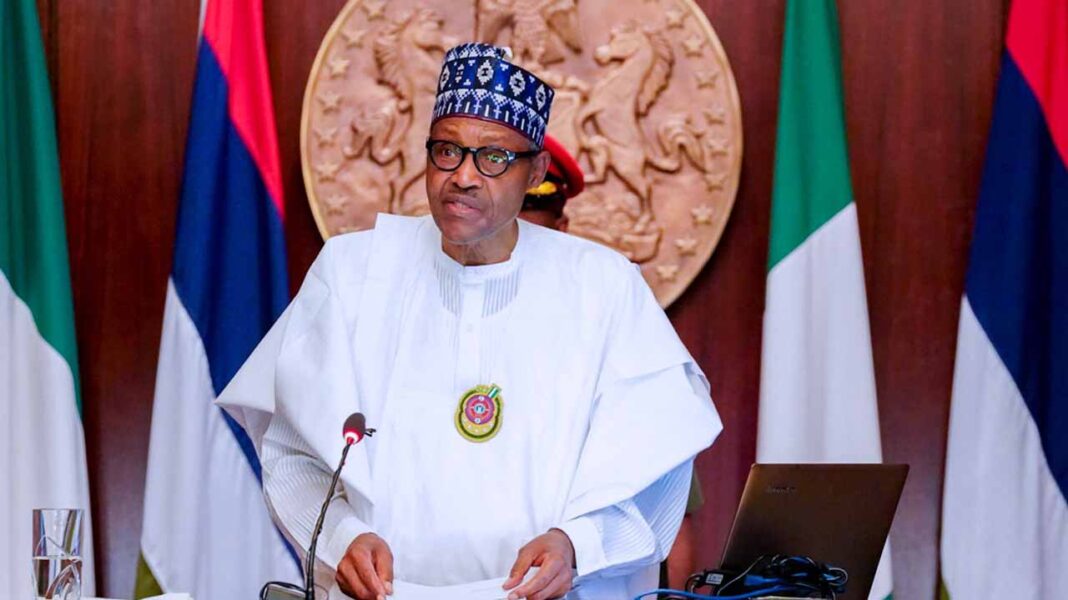 The human rights group asked the court to “declare illegal and unconstitutional the plan by Buhari’s administration to track, intercept and monitor WhatsApp messages, phone calls, and text messages of Nigerians and other people, as it severely threatens and violates the right to the preservation of privacy.”

The suit followed the proposal in the Supplementary Appropriation Act signed in July 2021 to spend N4.87bn to monitor private calls and messages. The amount is part of the N895.8bn supplementary budget approved by the National Assembly.

In the suit number FHC/ABJ/CS/1240/2021 filed last Friday at the Federal High Court in Abuja, SERAP is seeking: “an order of perpetual injunction restraining President Buhari and any other authority, persons or group of persons from unlawfully monitoring the WhatsApp messages, phone calls and text messages of Nigerians and other people.”

SERAP is also seeking “a declaration that any monitoring of WhatsApp messages, phone calls, and text messages is oppressive and draconian, as it threatens and violates sections 37 and 39 of Nigerian Constitution 1999 [as amended]; Article 9 of the African Charter on Human and Peoples’ Rights; and Articles 17 and 19 of International Covenant on Civil and Political Rights, to which Nigeria is a state party.”SERAP is arguing that “The plan to monitor WhatsApp messages, phone calls and text messages is an arbitrary interference by the administration into respect for family and private life, the home, and correspondence. It also fails to meet the requirements of legality, necessity and proportionality.

According to SERAP, “The Buhari administration has legal obligations to protect Nigerians and other people against arbitrary interference and violations of their human rights. Monitoring of WhatsApp messages, phone calls and text messages would grant free rein to government agencies to conduct mass surveillance of communications of people.”

SERAP is also arguing that “The mere threat of mass surveillance, even when secret, coupled with the lack of remedy, can constitute an interference with human rights, including the rights to privacy, freedom of expression, peaceful assembly, and association.”

Joined in the suit as Respondents are Mr Abubakar Malami, SAN, Minister of Justice and Attorney General of the Federation; and Mrs Zainab Ahmed, Minister of Finance, Budget and National Planning.

The suit filed on behalf of SERAP by its lawyers Kolawole Oluwadare and Kehinde Oyewumi, read in part: “The powers to conduct arbitrary, abusive or unlawful surveillance of communications may also be used to target political figures and activists, journalists and others in the discharge of their lawful activities.”

“Any spending of public funds should stay within the limits of constitutional responsibilities, and oath of office by public officers, as well as comply with Chapter 2 of the Nigerian Constitution relating to fundamental objectives and directive principles of state policy.”

“The lack of any safeguards against discriminatory decision-making, and access to an effective remedy shows the grave threats the purported plan poses to constitutionally and internationally recognized human rights.”

“Section 37 of the Nigerian Constitution and Article 17 of the International Covenant on Civil and Political Rights provide for the right to freedom from arbitrary or unlawful interference with privacy and correspondence, communications and private data.”

“Section 39 of the Nigerian Constitution and Article 19 of the Covenant also guarantee the right of everyone to hold opinions without interference and to seek, receive and impart information and ideas of all kinds, regardless of frontiers and through any media.”

“The UN General Assembly has condemned unlawful or arbitrary surveillance and interception of communications as ‘highly intrusive acts’ that interfere with fundamental human rights (see General Assembly resolutions 68/167 and 71/199).”

“Targeted surveillance creates incentives for self-censorship and directly undermines the ability of journalists and human rights defenders to conduct investigations and build and maintain relationships with sources of information.”

A DECLARATION that monitoring of WhatsApp messages, phone calls and text messages of Nigerians and other people is inconsistent with the principles of legality, necessity, and proportionality and amounts to threat and infringement on the rights to private and family life, access to correspondence, and freedom of expression and the press guaranteed under sections 37 and 39 of Nigeria Constitution, 1999; Article 9 of the African Charter on Human and Peoples’ Rights, and Articles 17 and 19 of International Covenant on Civil and Political Rights.

A DECLARATION that the act of the Defendants budgeting N4.87bn of public money to monitor WhatsApp messages, phone calls, and text messages of Nigerians and other people is unlawful and a violation of the rights to private and family life, access to correspondence, and freedom of expression and the press

AN ORDER setting aside the budget line of N4.87bn to monitor WhatsApp messages, phone calls and text messages of Nigerians and other people for being inconsistent and incompatible with constitutional provisions, and international human rights treaties

AN ORDER mandating the 1st Respondent to redirect public funds in the sum of N4.87bn budgeted to monitor WhatsApp messages, phone calls and text messages of Nigerians and other people to improve the working conditions of healthcare practitioners and improve public healthcare facilities across Nigeria