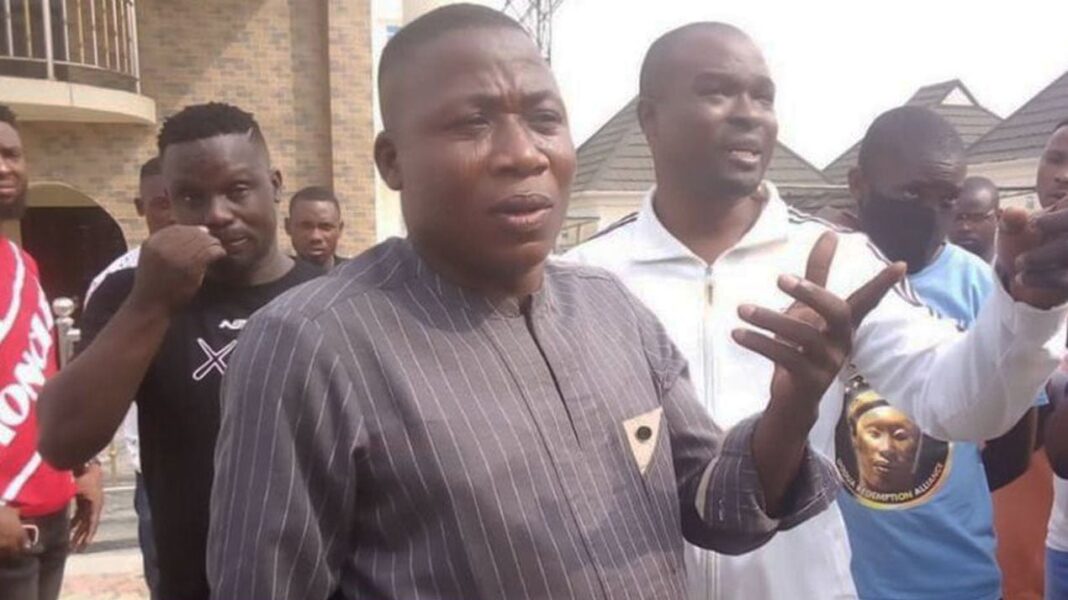 Legal counsel to Sunday Adeyemo, the Yoruba rights activist, Yomi Aliyu, on Wednesday revealed that his client is sick.

Aliyu said Adeyemo, popularly known as Sunday Igboho, who is presently in a detention facility in Benin Republic, was rushed to the hospital after he took ill.

He said it is likely that the Yoruba Nation agitator is “battling kidney and lungs problem”.

Speaking with BBC Yoruba, Aliyu said Igboho was injured while trying to escape during the invasion of his house. He said Igboho is seriously sick and needs to be flown abroad for treatment.

He said: “Igboho was rushed to a hospital. I cannot say if he has been returned to the prison from where he was taken to the hospital. But what I know is that he is sick.

“It seems he is battling kidney and lungs problem. I cannot say precisely what the sickness is all about but it concerns his internal organs.”

The Ibadan home of Igboho was invaded by the operatives of the Department of State Services (DSS) on July 1, 2021.

Although Igboho managed to escape, two of his associates were killed and 12 arrested during the operation.

Two weeks later, Igboho and his wife were arrested at Cardinal Bernardin International Airport, Cotonou, while on their way to Germany.

His wife was later released after they were arraigned before a court in Benin Republic, but Igboho remains in custody after an extradition hearing on the request of the Nigerian government was stalled.