Federal Government to roll out of 5G network by January 2022 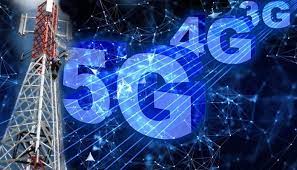 The Minister of Communications and Digital Economy, Isa Pantami, today announced that the Five Generation 5G) network will be available in Nigeria by January 2022.

Mr Ubale Maska, the Commissioner for Technical Services, who represented the Minister disclosed this information at a Town Hall Meeting that was organized by the Federal Ministry of Information and Culture. The purpose of the meeting was to address the vandalism of power and telecommunications infrastructure.

This long-awaited news is coming on the heels of a deployment approval of the 5G network by the Federal Government. The rollout of the network will cover 50,000 telecommunications sites nationwide easy.

According to the Minister, the 16,000 mobile network outages between January to July 2021, across operators like MTN, Globacom, Airtel and 9Mobile were caused by fibre cuts, access denial and theft. He added that the protection of telecommunications facilities was important to the nation’s overall welfare.

With this new development, Nigeria will be joining the list of African countries like South Africa and Lesotho that are already enjoying the benefits of the 5G network. Globally, it has already been adopted by several countries like the United Kingdom and the United States.