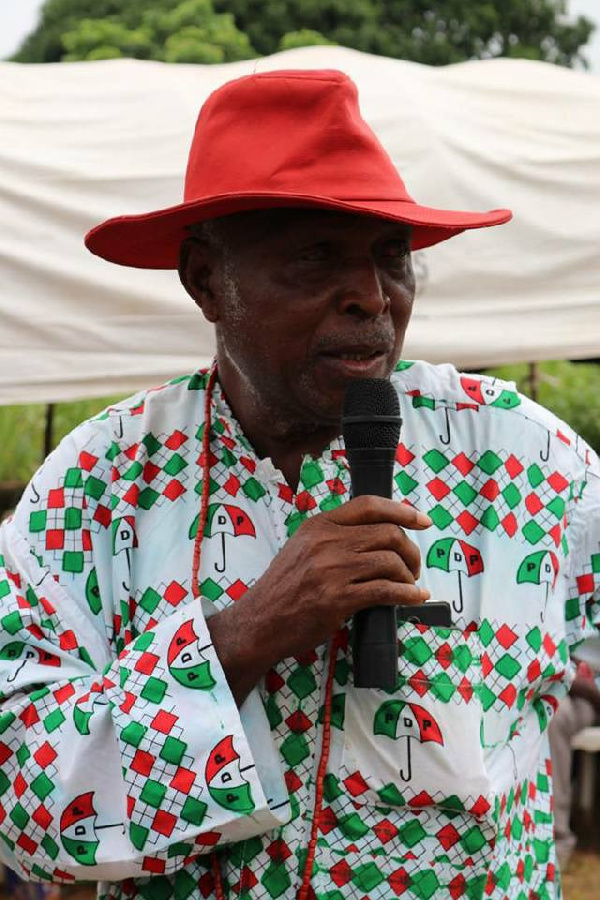 A chieftain of the Peoples Democratic Party (PDP) and leader of the party in Edo South Senatorial District, Owere Dickson Imasogie has been reported kidnapped alongside his driver.

The incident was said to have happened around 7 am Monday morning.

A source close to the family said “He was kidnapped in his farm around Obada area in Uhunmwonde local government area. He was with his driver when the incident happened.”

As of the time of filing this report, the police is yet to confirm or make any statement on the development but a group of Edo State Decide Movement in a statement called on the state governor, Godwin Obaseki to ensure his release.

The statement reads “We are just informed that our daddy, mentor and a renowned philanthropist whose philanthropic gesture is indeed exceptional in the person of Sir Chief Dickson Imasogie (Edo South PDP leader) and others have just been kidnapped on their way to the farm this morning along Benin Agbor road.

“As a matter of urgency, we call on the state governor, Godwin Obaseki to take drastic action to rescue the father to all and others from the hands of the hoodlums or kidnappers who are enemies of progress in our dear state.”