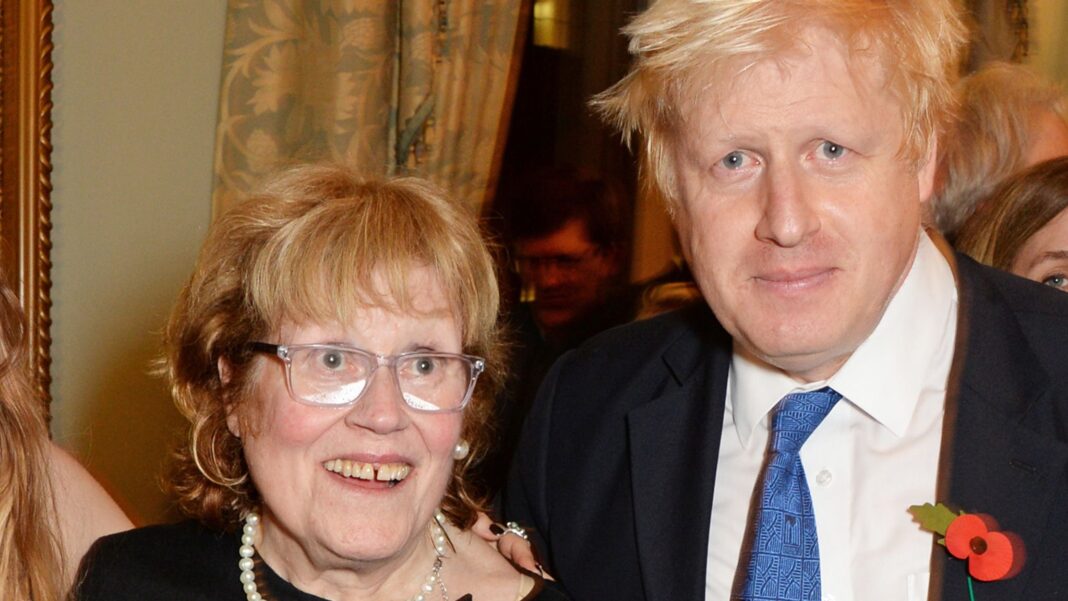 The mother of the United Kingdom Prime Minister, Boris Johnson has died, according to a statement by the family on Monday.

Charlotte Johnson Wahl, a professional painter, passed away “suddenly and peacefully” at a hospital in London.

The PM described his mum as the “supreme authority” in his family and credited her with instilling in him the value of every human life.

Charlotte Johnson Wahl was born in Oxford in 1942.

She is the daughter of Sir James Fawcett, who was the president of the European Commission for Human Rights, Charlotte describes her parents as “rich socialists.”

At the time, aged 18, she was already engaged to another student named Wynford Hicks whom she describes as “extraordinarily beautiful to look at but actually quite boring.”

She interrupted her studies to go to the US after Stanley got a job there, but returned to become the first married female undergraduate at Lady Margaret Hall, Oxford.

She describes how when she sat her final university exams, she was already pregnant with Rachel and Boris was “in the pram outside the exam hall”.

She and Stanley got divorced in 1979 before she remarried American professor Nicholas Wahl in 1988 until he died in 1996.

Around 30 years ago, at the age of 40, she was diagnosed with Parkinson’s disease – a condition that affects the brain and causes problems like shaking and stiffness.