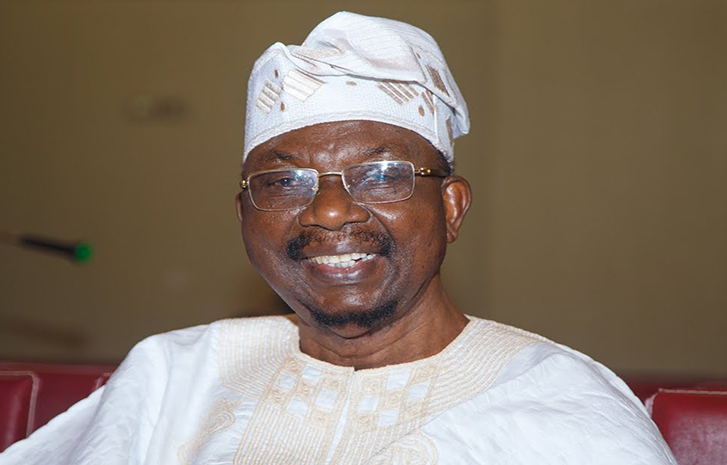 Durojaiye, lawyer and politician who represented Ogun East constituency at the senate during the Fourth Republic on the platform of the Alliance for Democracy (AD) reportedly died of Covid-19 complications.

Reports have it that Durojaiye died in the early hours of Tuesday in Lagos State while receiving medical attention.

Born in 1933 in Ogun, Durojaiye earned a BSc (Economics) London, and an LLB, London.

He was called to the Nigerian Bar in 1979 and is a Barrister and Solicitor of the Supreme Court of Nigeria.

He also graduated from the National Institute for Policy and Strategic Studies, Kuru.

He worked for 35 years in the Nigerian public sector, including 28 years as a Director of the Central Bank of Nigeria and the National Minting and Printing Company.

He also worked with the International Monetary Fund, the Federal Reserve System in the U.S.A and the City University London between 1964 and 1982.

The Fourth Republic lawmaker was an elected member of the 1988/89 Constituent Assembly.

In 1992 he was a candidate to run for President of Nigeria on the platform of the Social Democratic Party (SDP), losing to M.K.O. Abiola.

In December 1996 Durojaiyi was arrested by the military regime of General Sani Abacha and was imprisoned for 560 days.

Durojaiye was an elected Senator of the Federal Republic of Nigeria (1999-2003). After taking his seat in the Senate he was appointed to committees on Judiciary, Establishment (Chairman) and Special Projects.

In December 2002 he recommended a life jail term for anyone who perpetrated election fraud.

He won the AD primaries to represent the party in the Ogun East constituency in the 2003 elections, although he was threatened with legal action by Chief Adamo Olayinka Yesufu, a rival for the nomination.

In the event, the PDP candidate Tokunbo Ogunbanjo won the election.

Durojaiye’s wife Florence Olufunso Adejoke died on 6 June 2009, aged 72, in Ikeja, two months after she and her husband had marked their 50th wedding anniversary.